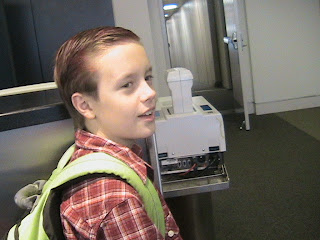 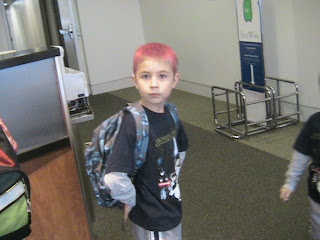 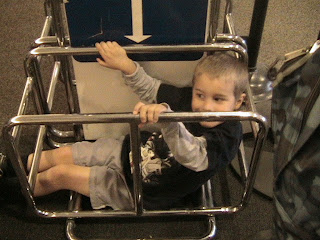 So, yesterday, Gabriel and Xavier left for Maine to visit Gary's parents. They've done this before. Gabriel's gone twice and Xavier once. So, this is my third time sticking my kids on an airplane alone. Actually, them flying alone doesn't really bother me. I put them on the plane on this end and when they arrive at their destination, their grandparents take them off. Since they are only allowed to take direct flights, there's small chance of them getting lost in the shuffle. The only concern there is if their flight had to be redirected. If that happened, I would hop in the car and go get them. Plus, I know people that live in most major cities that would be more than willing to go get them until I got there. So, that's not really an issue for me.

However, I will miss them. I always do. Yes, I enjoy the break. I do enjoy my children, though. This year, especially. Gabriel and I have reached a point in our relationship that is really fun. We can actually discuss things logically. Gabriel has always had the ability to throw out an amazing amount of information. Now, he can debate that information. It's a lot of fun. Xavier is a cuddle bug. I'll miss his little body curled up next to mine tonight while I'm watching the game.

But, in the interest of my children being able to spend one-on-one time with their grandparents, I'm willing to give them up for a week.

Here are some pictures of them leaving. Xavier is the one with pink hair. Gabriel has red streaks. They did that in support of the Red Sox! Dominic wanted to go, too. So here he is trying to see if he will fit in the overhead compartment as Gabriel's carry on.
Posted by Kristina at 3:49 PM