Now, I know it's been 3 weeks since my last post. I apologize profusely. I have not really felt like blogging. Also, our power keeps going off. You know, those storms we've been having. All it takes is a 5 mph wind to shake our lines and off go the lights. So, it's been very difficult to load things to blogger. Enjoy the update. 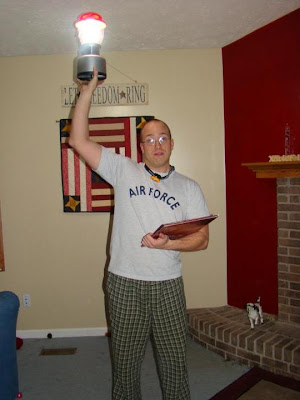 What happens when the power goes off and your husband thinks he's a green woman. 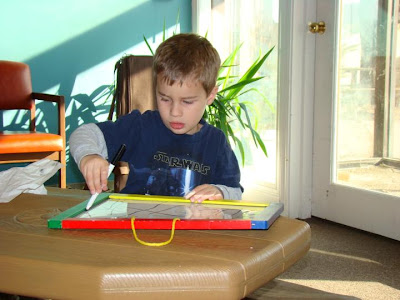 Practicing my letters at orchestra. 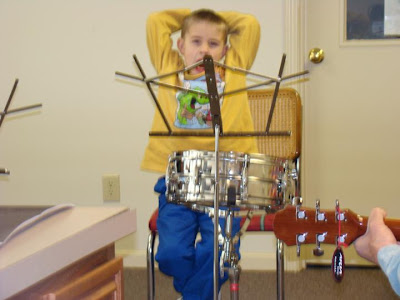 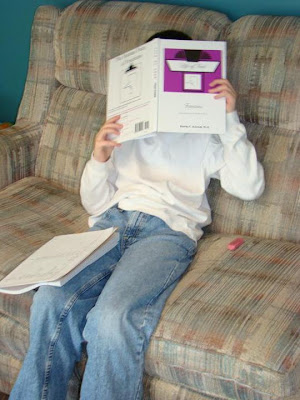 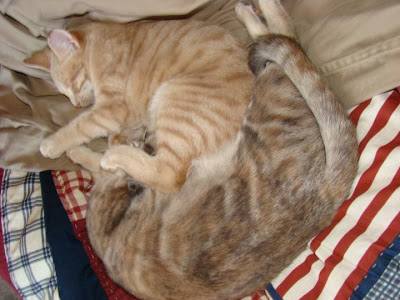 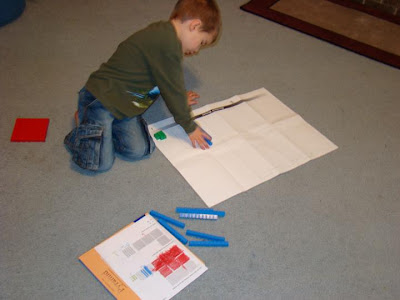 Dominic doing one of his new favorite things--Math U See. We have to do school quite often now. He gets quite offended when I tell him to bug off. Okay, fine, I don't actually tell him to bug off. I am quite nice and get down on the floor with him and do whatever it is he is wanting to do. Pretty much, he is wanting to stick to his schedule. Where, oh where, did these kids come from? I guess I should be glad that he wants to learn. Okay, fine. I'm glad. It is much easier than the child that would rather sit in his room and read all day long.
What follows is what happens when your children get "unplugged". (And no, they have not been in "rehab" this whole time--they just get stuck there quite often!) They begin to use their imaginations. Xavier, especially, has really been enjoying boxes. It started with a robot and has just kept going and going and going... Sort of like the Energizer Bunny.... 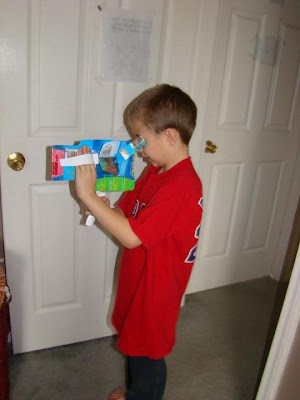 Xavier's video camera was originally attached to his... 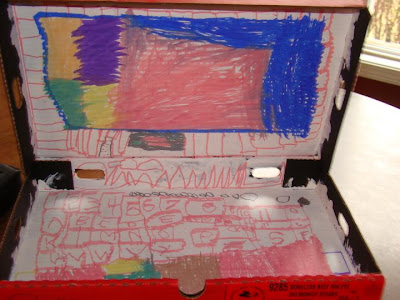 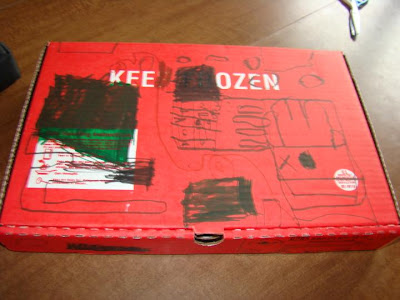 His laptop has many cool features: a palm print reader,
a key pad security feature, and a camera.
Okay, it's mostly security features. Apparently he is some
big time, super-secret, undercover agent. 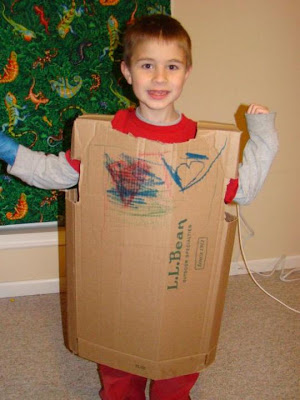 This is Xavier's robot costume. He made this because he
thought I was not going to finish his Halloween Costume. He was obviously wrong.

Dominic reading a book to us! He is really enjoying learning to read and LOVES the BOB Books because he can read them all the way through. It really encourages those young, beginning readers. (Xavier didn't really care for them much because he was into older books by the time he started reading. Another reason to start reading earlier.)

Xavier talking about math. He recently switched to writing in a notebook rather than in his workbook. This has two benefits. The first is that it saves the book for Dominic to use when he is ready for it. The second is that it teaches Xavier to write more neatly and be more disciplined in his approach to math. Xavier is very good at math and rarely has to think about it. Having the discipline to write neatly will help him in the long run when he has longer problems to work out on paper.

Grammar is Gabriel's most hated subject. There is a lot of writing involved and he really doesn't care for that. Grammar is not hard for him but writing does not come easily for him and he really has to work to get it legible. However, he has much improved this year. He is doing his grammar with a willing heart, and I, for one, appreciate that.