Here are some pictures from this weekend of the boys (mostly Gabriel). 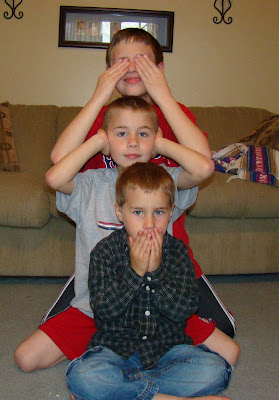 See no evil, hear no evil, speak no evil.
You notice that that picture is crooked? I broke the glass and now it won't hang straight. I'm going to have to get it fixed. 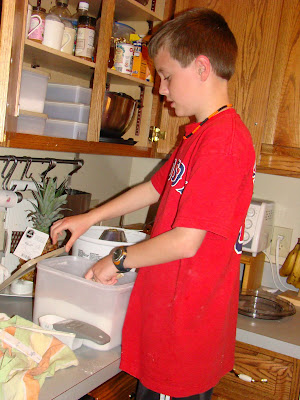 Yesterday, I wanted some oatmeal-chocolate chip cookies. I didn't want to cook. As a result, I decided that it was time for Gabriel to learn how to cook from a recipe. I found the recipe in the cookbook, handed it to him and sent him in the kitchen. Other than asking me where certain ingredients are kept, he did everything on his own, right up til it came time to scoop the cookies onto the cookie sheet. At that point, he realized there was something he didn't know how to do and the explanation in the cookbook didn't do it for him. So, Gary showed him how to do it. 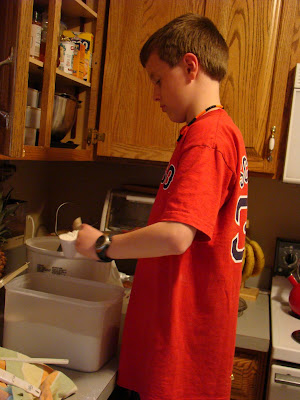 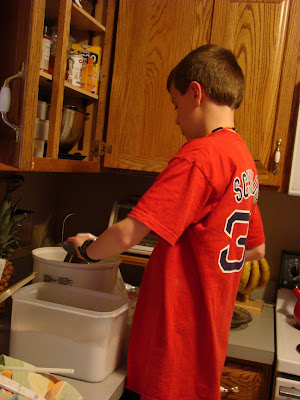 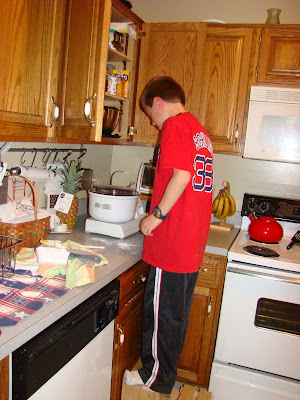 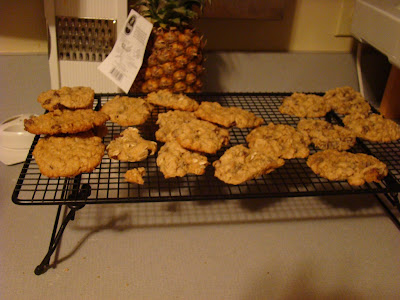 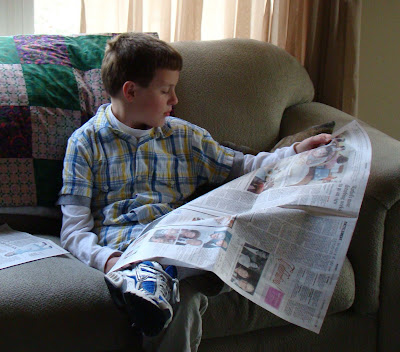 Then, today, he found an article in the newspaper he wanted to read. Doesn't he look grown up? He has matured so much in the last 9 months. I wish that Papa was around for him to talk to. Gabriel has gotten to a point in his life where he wants to talk, at length, about politics, the economy (LOL) and other pertinent issues. I imagine he would have spent hours on the phone with Papa. I think Papa would have been very proud of him. I know I am.
Posted by Kristina at 4:07 PM