Before we get into Boccie ball, I just have to share this with you. 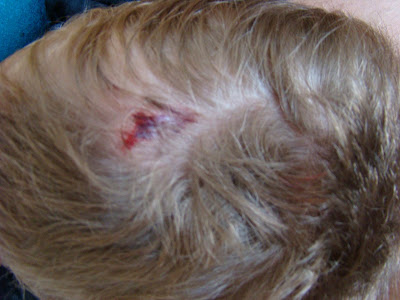 The very first Saturday we were in Florida, Dominic decided he needed to check out the local emergency room. This is his head after I cleaned it up. I really didn't think it needed stitching, but he wouldn't let us clean it enough to see it well. So, off we went to the ER. They were really nice. We were in and out in about 30 minutes. I appreciate it guys! On to Boccie ball!

Gary's parents came down for a week. The boys had a lot of fun playing Boccie ball with them. In fact, they have decided they need a set for home. They have actually almost given up the idea of having a Wii as they get introduced to more and more 'lawn' sports. They would rather spend their money on croquet, boccie ball, and a climbing wall than a Wii. That makes me very happy. 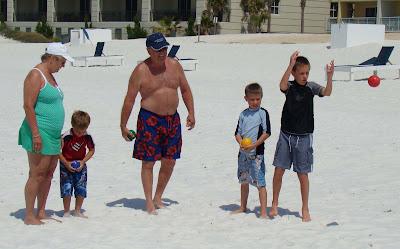 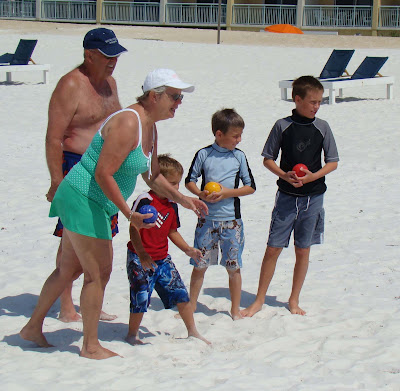 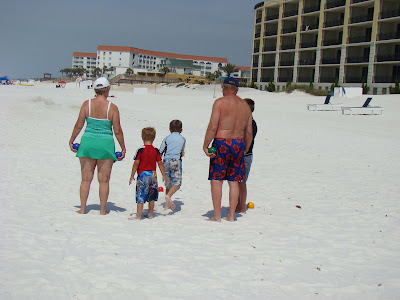 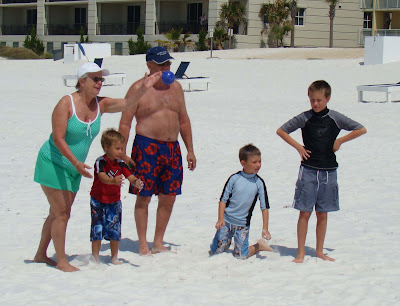