I've decided to copy these to this blog. I enjoy writing them, and want to share them with people who don't read my more political blog. I hope you enjoy them, as well.

note: I got this all ready to post last night, went to post it and realized there was a scheduled outage. Of course, it hadn't saved... So, I'm rewriting it and this time, it will have pictures.
Today's website is really just one page. I'm not sure what the title of the page is, so we're just going to call it Singing Science Records. The product for today is the Schick Intuition razor. Today's book is We the People: The Story of Our Constitution by Lynn Cheney.

Singing Science Records:
This webpage has links to multiple science songs. As we all know, getting songs out of one's head is almost impossible. As a result, songs are a great learning tool. For instance, Tom Lehrer's song, "Silent E" teaches children about silent e. We all remember "I'm Just a Bill" by School House Rock. Well, these songs teach things like, "What is a Shooting Star?", "What is Energy?", Who's Afraid of Thunder?", "Why does the Wind Blow?" (a note-we all know it's because of the trees bending. You don't need to listen to that one.) "What's in the Ocean?", "What are the Parts of a Flower?" and many more. Check them out.
Schick Intuition Razor 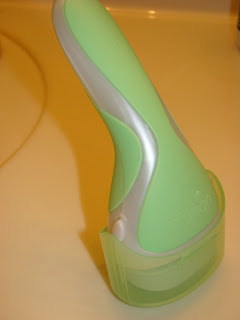 I received a Schick Intuition Razor in the mail as a free sample Saturday. I've never used this razor before. This razor has the "shaving cream" built in. 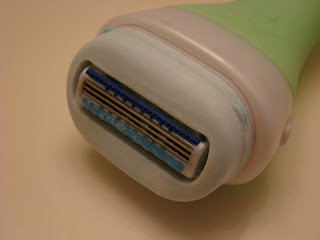 I was a bit leery of this method since I frequently get razor burn. However, I did not get razor burn at all. This is the first razor that has not given me razor burn around my bikini area. I believe that my sister has used it and gotten razor burn, but I did not. Also, since I don't have to lather up prior to use, it saves me time in the shower. It gave me a nice, smooth shave and no razor burn. So, I'm giving this razor two thumbs up.
We the People:The Story of Our ConstitutionLynn Cheney: 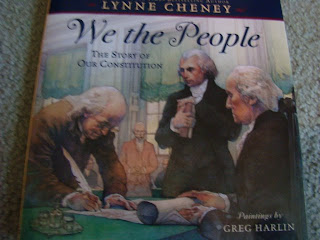 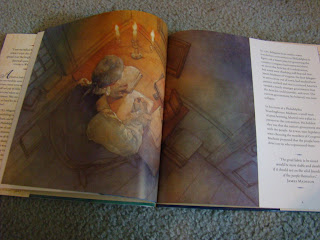 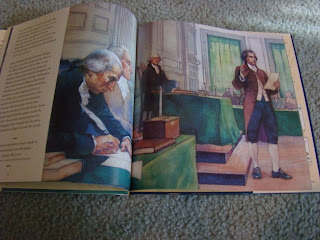 The text is simple enough to be read to a young audience, but not so simple that an older audience wouldn't appreciate it.

In 1787 delegates from twelve states traveled to a convention in Philadelphia to figure out a better plan for governing the country. Congress had instructed them to revise the Articles of Confederation, but some were thinking well beyond that. James Madison of Virginia, the first delegate to arrive from out of town, had studied how nations worked and was convinced America needed a much stronger government than the Articles could provide-and soon. The current government, he believed, was near collapse.

This is an excellent book that includes many quotes from the time. Enjoy.
Posted by Kristina at 11:37 AM