Today, I'm going to be discussing the Nashville Science Adventure Center, Herbal Essences Set Me Up Hairspray, and Times Tales.

Nashville Science Adventure Center
In early December, we went to Nashville for a "field trip." A friend had a swim meet over the weekend, so we went to meet them for some fun. Monday, we went to the Adventure Science Center. It was a good one. It was as good as the Boston Children's Museum. In fact, it might be a bit better. There was a lot to see and do.
Xavier lifting a car. 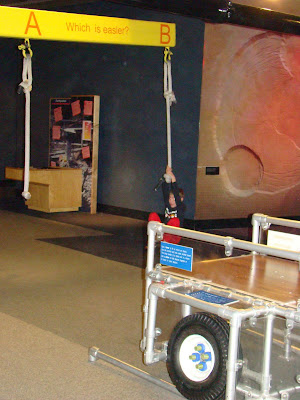 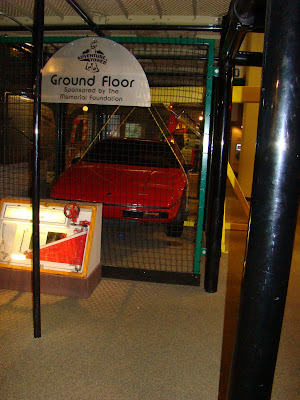 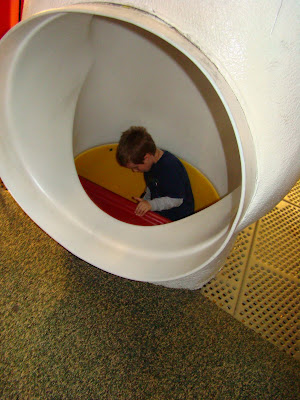 Dominic taking a trip through some bones. 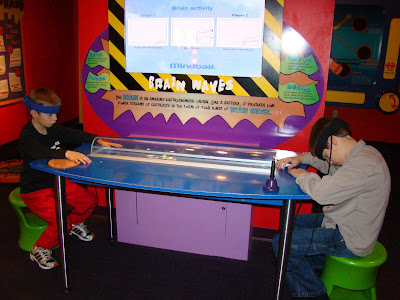 They have a laser tag game. You stand in one place and shoot at targets. We had a lot of fun. However, we think it is rigged for the good guys to win. 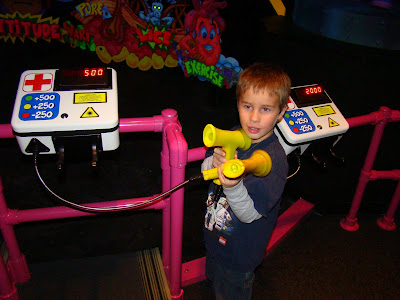 During the second game, Dominic took pictures. You can see what his view is of: 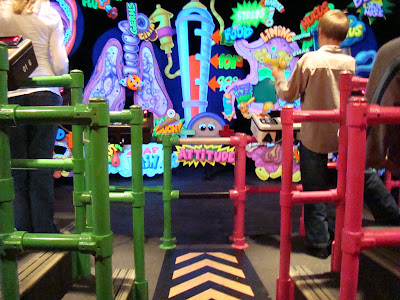 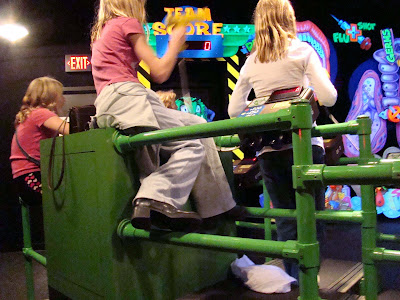 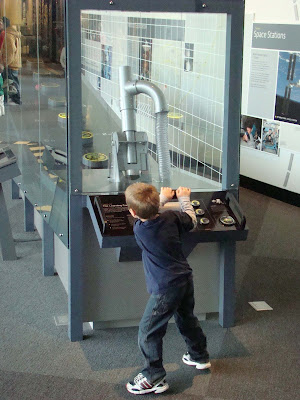 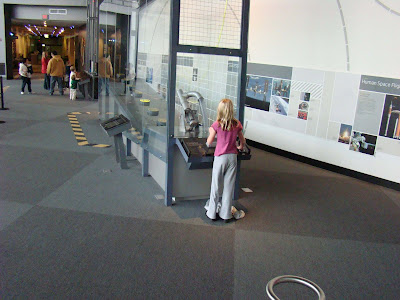 They have a nice space area. There's stuff about the galaxy, and an area to do moonwalks and EVAs. 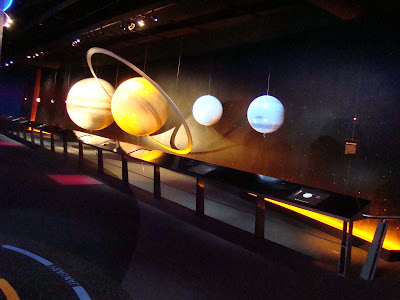 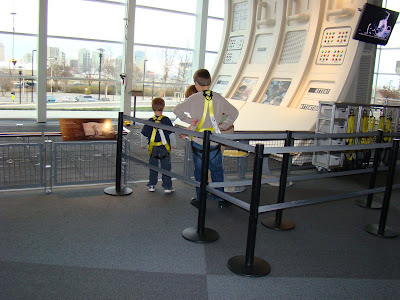 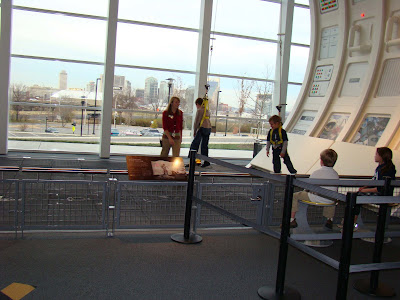 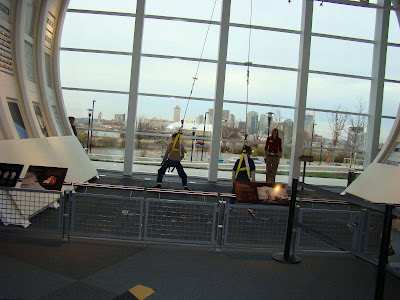 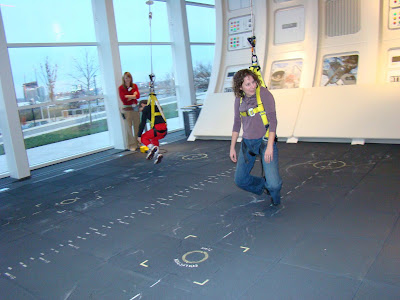 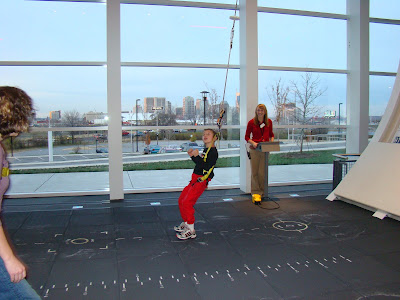 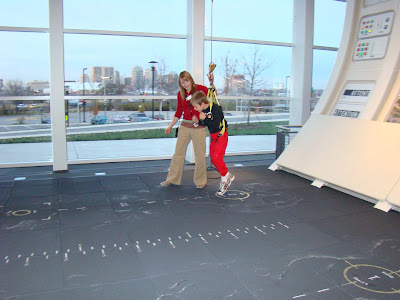 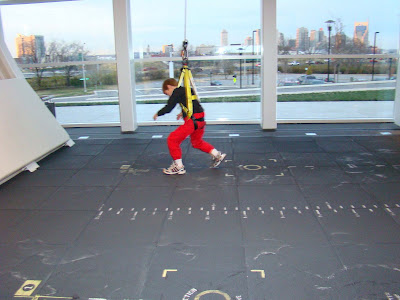 This science center is awesome! We all had a blast and could have gone back the next day, and probably the day after that. In the center of the museum, they had a climbing thing that was all about the human body. So, you could climb up the spine, climb through the heart, and slide down through bones. At the very top (several stories up), was a observatory, with 180 degree views of Nashville. It was wonderful, and I could have stayed in that observatory all day. If you're going to Nashville, this is definitely worth the trip.
Herbal Essences Set Me Up Max Hold Hairspray: 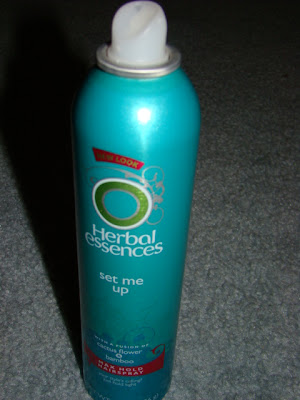 I usually don't use hairspray. I'm a wash and go kinda gal. But, I'm currently growing my hair out for Locks of Love. I did this once before and loved doing it. So, I'm doing it again. However, I've also started taking Taekwondo. I can't stand having my hair in my face while I'm bouncing around needing to see things. So, I've been pulling it back. Of course, my hair still isn't long enough to stay back. So, I've been using the hairspray that I had under my bathroom sink. I bought it in some crazy buying frenzy when I got it for free and thought there might be some occasion to use it (probably on the boys). Anyway, this stuff is WONDERFUL. My hair does not fall down when I use it. I spray it all around my pony tail and brush my bangs and other fly aways into it and spray it again. Then, I go into the dojong and bounce around for an hour. During that time, I run, bounce, kick, hit, and, most of all, sweat perspire. My hair does not go anywhere. In fact, it usually looks the same when I leave as it did before my class. Now, this hair spray is not for touchably soft hair. It is for hard core, stay in place hair.
Times Tales: So, wow. I heard about this book, last year, from a friend of mine. Xavier started doing multiplication at the beginning of this year, and I had forgotten about the book. So, we struggled with trying to memorize the multiplication tables. Now, I'm a big proponent of memorization of math facts. It just makes using them easier. But, Xavier has understood multiplication for years. And, he was having a hard time memorizing them. So, finally, after we had already moved on to division (I refuse to hold him back when he is already learning pre-Algebra from watching Gabriel do it), I remembered April's recommendation. I asked her if she still had her books and she loaned them to me. I brought them home and, one night while Xavier was waiting for Dominic to go to sleep so that he could go to sleep, we sat in the chair together and read through the book. It was 11:00 at night. We went through it in about 20 minutes. The next day, Xavier still remembered all his multiplication facts. Finally, we can stop worrying about this. I highly recommend these books. At $14.95, they aren't much more than a set of flash cards, and cheaper than some music CDs that teach the multiplication facts. They are faster than either of these approaches.
One caveat to this, Xavier is a right brained thinker. He thinks in pictures. I am a whole brained thinker and learned the multiplication facts while lying in bed at night listening to my dad say them to me over and over again. That did not work for Xavier. This book would have driven me up the wall. Probably with Mrs. Week and Mrs. Snowman in it. On the other hand, I can't guarantee that. It might have taught me my facts faster. But, I don't think so. 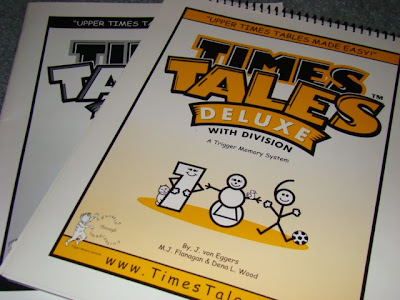 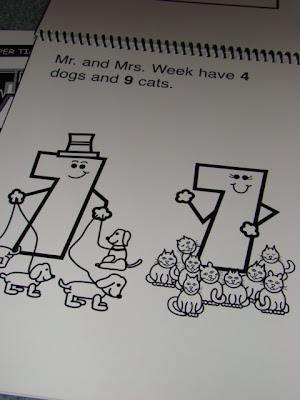