This was the first time Dominic has been in gear. It was before he noticed that his pant leg was up. It was hilarious. He did great for his first time sparring. He's so cute. I'll try to get video next time. 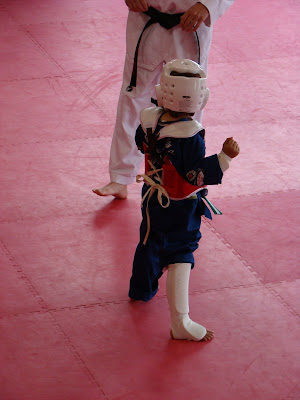 Posted by Kristina at 11:08 PM No comments: Links to this post

A Short Cuddle Before Bed 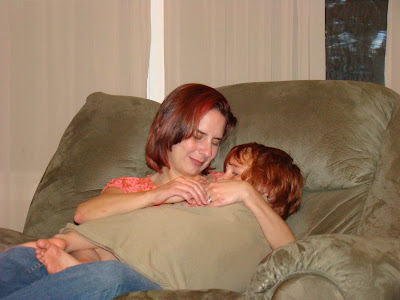 Posted by Kristina at 9:53 PM No comments: Links to this post

I can honestly say that if it weren't for Tae Kwon Do that Xavier would not have gotten a diagnosis for ADHD. The fact of the matter is that I can accommodate a lot while homeschooling. If he gets frustrated or distracted, we can change activities. The problem with a diagnosis of ADD is that it is all subjective. And, when you are the only person doing the observing, you don't want to make a mistake. So, I put off having him diagnosed for a long time.

Two things happened that led me to getting Xavier diagnosed. The first thing was my observation of his actions in during Tae Kwon Do class. Xavier got in trouble in almost every class. He had trouble focusing, even though he was trying his hardest to do so. Xavier has done more push ups in Tae Kwon Do than any other kid in his class. It really doesn't bother him to do so. About a month after he started Tae Kwon Do, he asked one of the instructors to help him focus better during class. The instructor told him that he would be willing to do that, but Xavier needed to understand that he would be doing more push ups. Xavier was fine with that. He knew that it would help him. The problem is, it wasn't helping. He would get in trouble, and within minutes be distracted again. He was extremely frustrated. Watching his frustration with his inability to focus when he was doing an activity that he loves, and was trying his hardest was what told me that he definitely had ADD. You see, when it was just about his school work, I was afraid it was just boredom and an excess of energy. But, this was manifesting itself in more than one place and way, and I knew that it was time to get help for him.

The second thing that happened was a discussion with the father of one of the "adult" students. This student is 14 or 15. I love this kid. He is so sweet, cute, and outrageous. (Dominic loves him!) One day, I noticed him in class. He was bouncing on the balls of his feet while listening to the instructors tell the announcements at the beginning of class. He was cracking his knuckles. He was rocking back and forth. Basically, he was going crazy standing there trying to pay attention. I looked at his father and said, "Does A have ADD?" He said, "That's amazing that you noticed that." It wasn't really, since I had been doing so much research on it. But, we carried on a long conversation about ADD.

You see, one of my problems is that I don't want Xavier's personality to change. That boy is one of the funnest kids I have ever been around. I like his high energy levels. I appreciate his creativity. I love his ability to think outside the box (or in it). I don't want any of that to change. After talking to this father, I realized that all those things that I love about Xavier, I see in A. The main differences are that A is older, and on medication.

Xavier was prescribed a very low dose of medication. He'll have been on it for two weeks on Thursday. The first couple days, he would burst into tears at the end of the day. Now, honestly, I don't know if this was caused by the medication, or coming down off a sugar high from his grandparents being here. Regardless of the reason, that has stopped. Last week, my mother and 9-year-old nephew were here. We still did school work and went to Tae Kwon Do. Xavier was more able to focus than I have ever seen him. One of the things he finds difficult in school is writing. He hates doing it. He is extremely good at math, but if he has to write the answers down, he almost never finishes his work. Last week, and this, he has consistently brought me his work, having written the problems (which I usually write) and the answers in legible handwriting. He has done things the first time I told him. And, most notably, he has not gotten in trouble once in Tae Kwon Do. He has not had any trouble focusing. I know he is still working hard to stay on task during Tae Kwon Do. After all, it is the end of the day and he is tired. But, he is finding it doable. Before, it just wasn't possible, no matter how hard he tried.

I am so happy. He is happy. I was in no way expecting miracles. I was not expecting this to be an instantaneous thing. But, it has seemed like a miracle. I'm not saying there will never be problems. He's a kid. But, now, he has the ability to focus when he wants to. And that, to me, is a miracle.
Posted by Kristina at 10:14 PM No comments: Links to this post

Email ThisBlogThis!Share to TwitterShare to FacebookShare to Pinterest
Labels: Xavier

The boys took me out for dinner for my birthday. These are the resulting pictures. 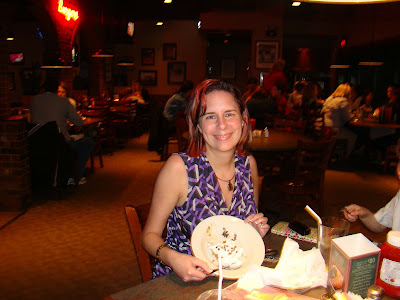 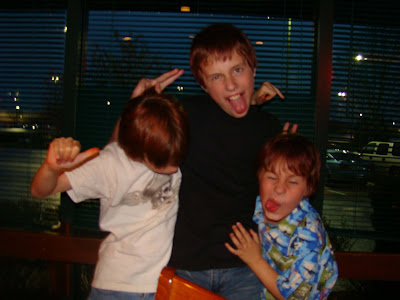 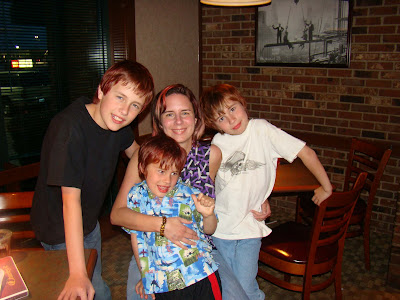 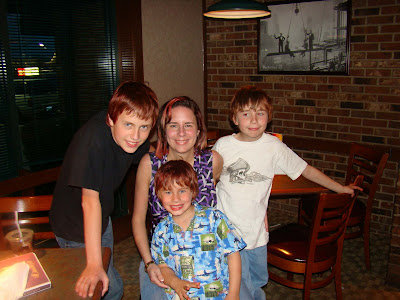 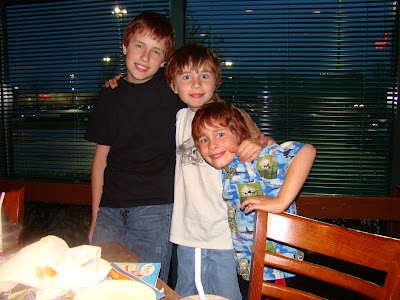 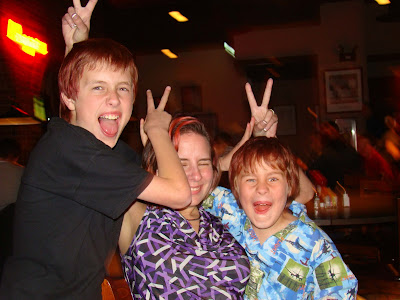 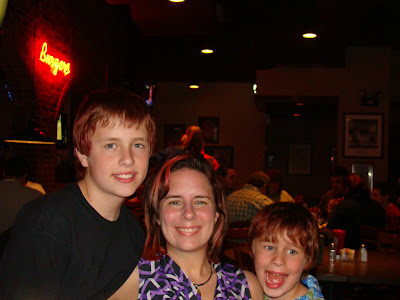 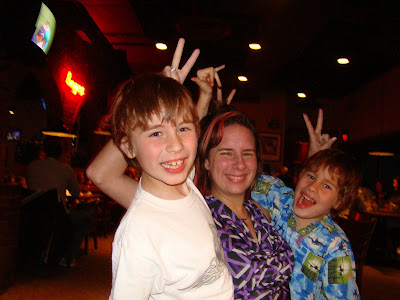 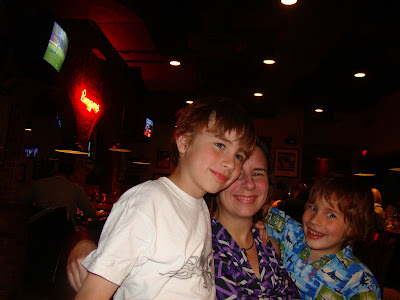 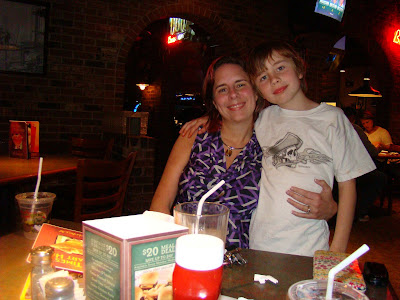 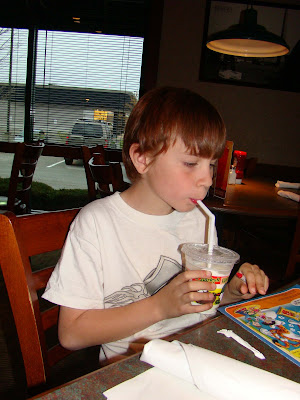 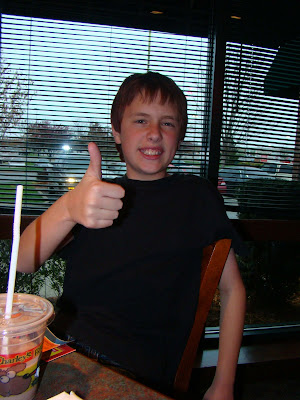 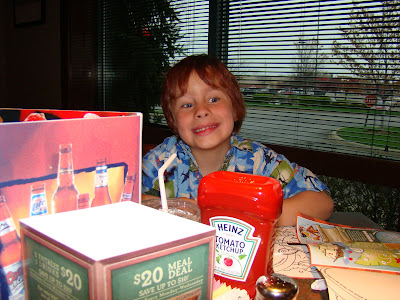 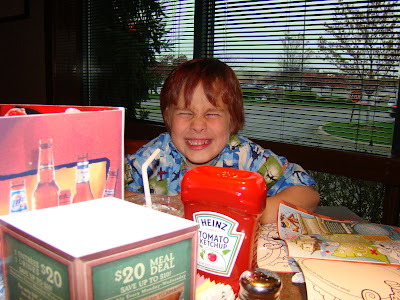 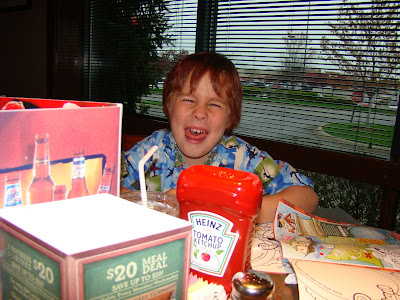 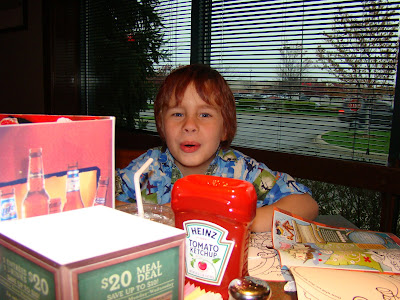 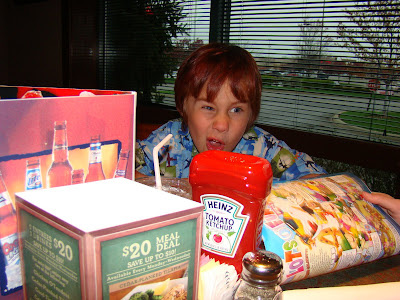 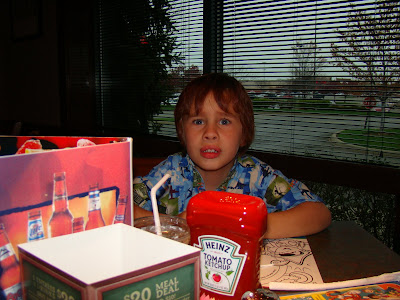 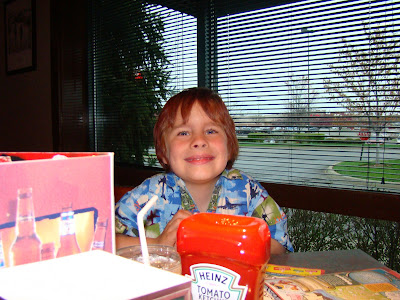 Posted by Kristina at 9:02 PM No comments: Links to this post

Dominic tried to kill me by giving me a heart attack, tonight. He informed me that he didn't want a cat in bed with him. He hasn't gone to sleep, at home, without a cat in his bed for over a year. In fact, if we can't find one, he'll cry until the soft hearted one shows up to comfort him. Wow. Of course, when he went to bed, the aforementioned cat was in his bed and he didn't kick her out.
Posted by Kristina at 9:44 PM No comments: Links to this post 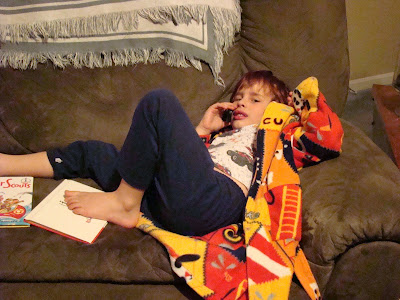 Posted by Kristina at 10:51 PM No comments: Links to this post