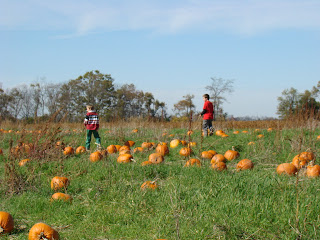 Yes, I'm that behind, which means that there will be a lot of picture posting coming up.

The Monday before Halloween, we went pumpkin picking.  We went to the same place we went last year.  I'm hoping to create traditions for my children, now that we're in one place for a few years.  This is one of the traditions that we love, and I hope to be able to continue it for many years. 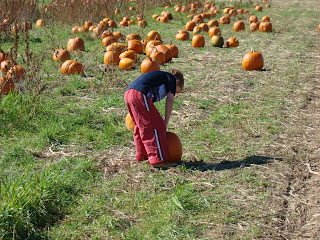 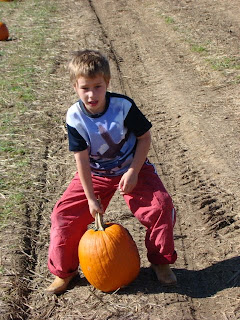 Dominic chose his pumpkin.  Then, he attempted to carry it to the cart.  Thankfully, Dad was there to help out. 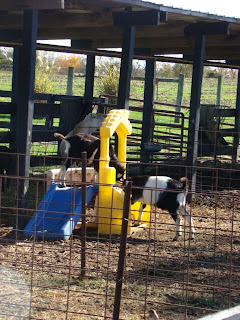 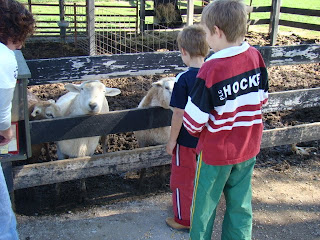 After picking pumpkins, we visited the petting zoo.  There, we saw goats making great use of old play equipment.  The boys had a blast feeding the animals. 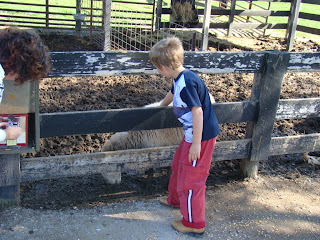 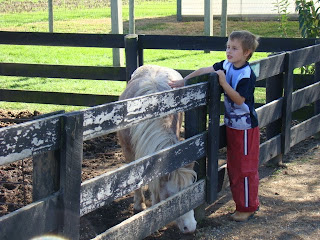 Dominic didn't particularly like the way the animals' tongues felt, so he threw the food on the ground in front of the fence in order to get them to come close to him.  He loved petting them! 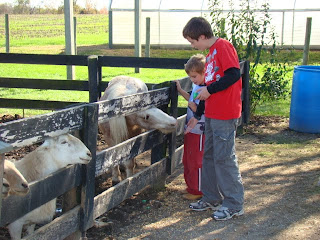 You must understand what a big deal it was that Gabriel was willing to get close enough to the animals to let them eat out of his hand.  First, Gabriel is a city boy.  He does not like nature.  He's getting better with it, and even ventures off the driveway to play on the grass and in the pseudo woods behind our house.  He has even said that he would like to own some of those cute chicks he saw at the livestock expo we went to Monday.  However, he hates to be touched.  He doesn't like to be touched in any way other than to wrestle.  The fact that he is allowing, and enjoying, the animals to touch him is amazing. 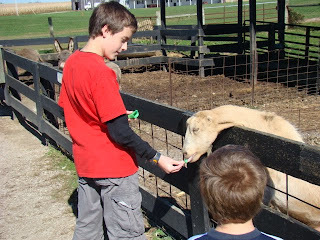 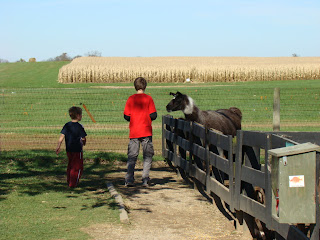 After we got home, the boys carved their pumpkins.  This is the first year they have all three carved, and scooped their own pumpkins.  Believe me when I tell you that the carvings were very interesting.  All three of them had at least two faces, and Gabriel's had four.  Unfortunately, I did not manage to get a picture of the pumpkins after they were carved. 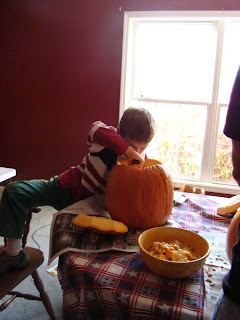 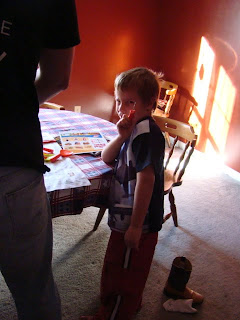