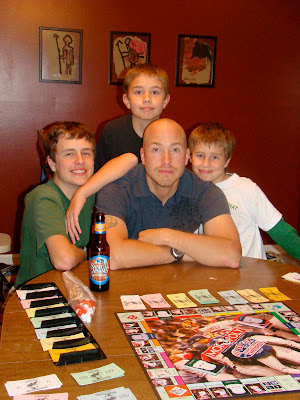 Four weeks ago, we started having family game night again. 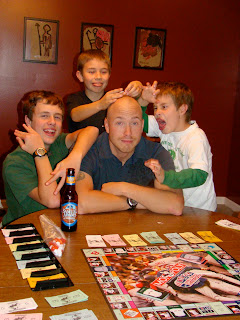 We used to play board games any night we were home. 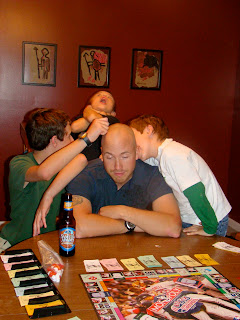 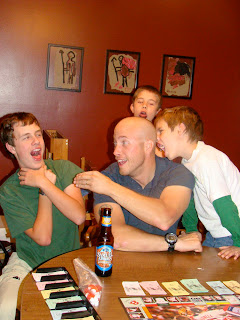 Xavier chose Monopoly, of course.
Xavier has a Monopoly fetish.  He owns four Monopoly games.  He has a list of about 20 that he'd like to own.  He wins about 75% of the time we play.  He won this time, too.  We love family game night.
Posted by Kristina at 10:20 AM