Dominic woke up shortly after I did.  I had not gotten out of bed yet and was reading.  He peaked in my room and disappeared.  A few seconds later, he reappeared with his almost finished Harry Potter book.  We spent the next hour lying in my bed, cuddling, and finishing our books.  Was it on the schedule?  No.  Was it worth deviating?  Most definitely.  This ability to cultivate my children's love of reading, while simultaneously cultivating an unbreakable bond with them is a wonderful byproduct of being flexible.  It's a good morning.
Posted by Kristina at 9:45 AM No comments:

Email ThisBlogThis!Share to TwitterShare to FacebookShare to Pinterest
Labels: Dominic, me

This morning, I was having trouble waking up.  As Gary left, he gave me a short cuddle and said, "Don't waste your day sleeping."  Now, that woke me right up.  Really, is sleep a waste of time if you enjoy it as much as I do?  I think not!
Posted by Kristina at 9:48 AM 2 comments:

Gabriel has to take notes on his history readings.  This was my favorite for last week.
"When the Navigation Acts were passed, it was the birth of big-time smuggling between America and England's enemies."
Posted by Kristina at 10:14 AM No comments:

When we moved here, almost four years ago, we bought a house.  When we closed on the house, we followed our realtor all over the big city to get to the attorney's office.  After closing, we walked outside and noticed the Smoothie King across the street.
Now, we're fans of Smoothie King from way back.  When we lived in Florida, there was a Smoothie King about a mile away.  When we moved to Oklahoma, I was 7 months pregnant.  It was the middle of summer, and my cravings were 30 miles away.  Maine didn't even have one.  Massachusetts had one, but it was a pain to get to.  D.C. had one almost next door to Gary's office.  The Kentuckiana region has them all over the place.  However, prior to yesterday, we had not managed to find this one again. 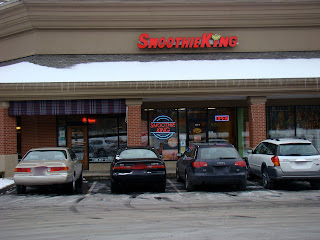 We went bowling, and while we were there, we discovered a sudden need for smoothies.  I looked them up on my iPod touch, and it said there was one 2.7 miles away.  We went out to the car, looked on the GPS and it said the closest one was 8 miles away!  I went back inside to get wifi and look up the address.  I called them to make sure they were open.  Then we drove to the Smoothie King.  As we drove up, Gary and I both said, "Hey!  This is where we closed on our house!"  Ah, it only took 3 years, 9 months, and 25 days, but we finally found the first Smoothie King we went to here.  It was like coming home.
Posted by Kristina at 6:13 PM No comments:

Email ThisBlogThis!Share to TwitterShare to FacebookShare to Pinterest
Labels: life, me 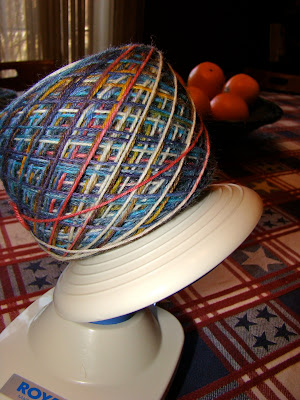 I want to share some of our favorite Christmas gifts.  This was one of my favorite gifts that I received.  My favorite mother and father-in-law gave me a gift certificate to Webs.  I got this ball winder, some yarn (on the ball winder) to make socks, and a yarn swift.  I haven't used the swift yet, but I will take pictures when I do!
Posted by Kristina at 1:29 PM No comments: 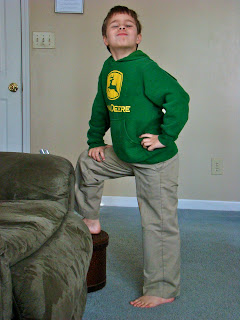 Dominic struck a pose and all I could think of was Captain Morgan!
Posted by Kristina at 1:29 PM No comments:

Fortunately, I am getting commissions for knitted items.  That will help pay for my yarn.  I imagine that after I get better at weaving, I will be able to sell many woven items, which may help pay for my book addiction.

But, gosh, what do I do about my chicken and baby addictions?
Posted by Kristina at 2:59 PM 2 comments:

Thoughts:
Family is made by love, not by blood.  I am so happy to know that as I have traveled around this world, I have acquired new family in many ports, be they land locked or no.

Picture of the Day: 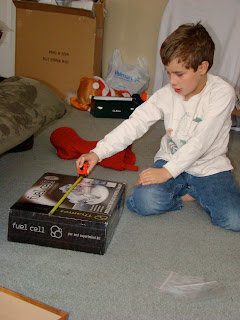 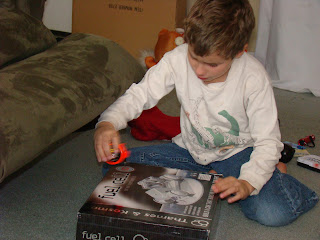 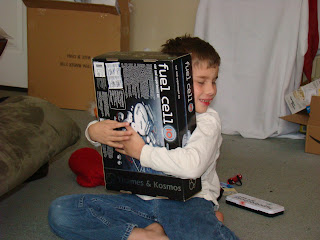 Posted by Kristina at 9:38 PM No comments: