Today is my mother's birthday.  Today is also the anniversary of my father's death.  To celebrate both (after all, we should celebrate the lives of the people we love but no longer get to see, right?) I am posting pictures of both of them. 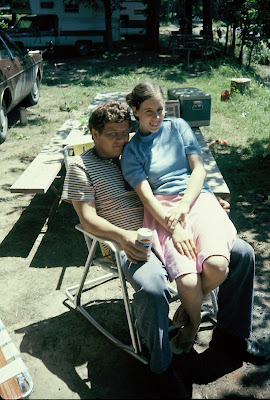 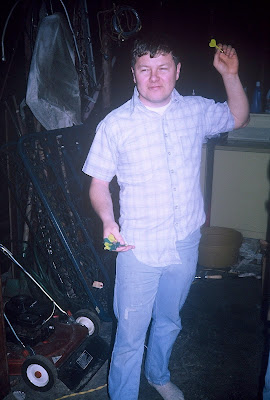 Posted by Kristina at 9:06 PM No comments:

Dominic and I were reading through his Singapore Math

book, when we hit upon a bit of a conundrum. The book asked, "How many children are there in three spaceships?"

Dominic looked at all the vehicles on the page and started saying, "This one?  This one?"

Finally, I realized that he was trying to pick out the spaceships on the page and said, "They're all spaceships."

He got a very confused look on his face and said, "But, this one looks more like a speeder." That's my Star Wars nut!
Posted by Kristina at 11:49 AM No comments:

I'm joining in with Small Things for her Yarn Along. 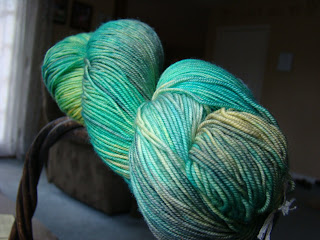 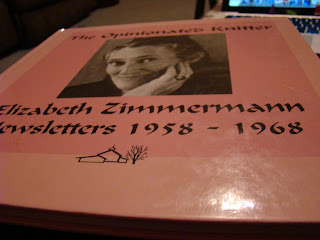 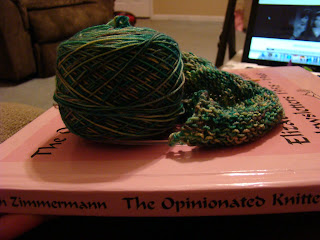 "  I love the way she writes.  The Opinionated Knitter

is a collection of newsletters that Elizabeth wrote.  It feels as though you are sitting at the table talking to her.  Her patterns are a bit vague, but I'm sure I will be a better knitter for it.  So far, I've only attempted her Baby Surprise Jacket, which every knitter should knit at some point.  In fact, I love it so much that I've already knit three of them.  Of course, I still have to sew the shoulder panels on two of them, but the knitting is done.
Today, I was all ready to cast on another Baby Surprise Jacket when I came across the pattern for the Cladonia Shawl by Through the Loops.  It is stunning.  I had some yarn in my stash that I bought while my local yarn store was having a sale.  I had been eying that yarn for months.  At the time, I didn't have anything I wanted to knit with it, I just knew I wanted it.  It is so beautiful.  It is Ella Rae Lace Merino.  I have a purple color as well, but I think I'm going to use that on Lily Kate's Middleton, if she publishes it. I hope she does.  It is just the pattern I've been looking for for myself.
Posted by Kristina at 9:47 PM 1 comment:

Email ThisBlogThis!Share to TwitterShare to FacebookShare to Pinterest
Labels: knitting

Can We Keep Him, Mom? 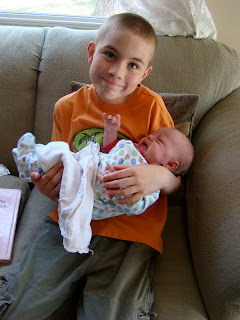 Email ThisBlogThis!Share to TwitterShare to FacebookShare to Pinterest
Labels: Xavier

During the summer between second and third grade, Gabriel spent hours writing.  He was writing a Harry Potter in-between-quel.  It was a fabulous story.  But sometime in the third grade, he lost his love of writing.  In fact, not only did he lose the love, he found quite a bit of hatred.  For the last four years, I've been personally fighting this hatred.  Sadly, nothing I said or did made a difference; that has all changed.
Gabriel has been wanting to take an online Ancient Greek class.  Gary was not convinced that the online format would work well for him; I thought he needed a writing class.  The two things converged to give Gabriel the motivation to take an online writing class.  He would not be allowed to take the Ancient Greek class until after he took a writing class, and did well in it.
Gabriel started taking the Kidswrite Intermediate class on April 4th.  The first week was rough going.  He didn't want to write, of course.  He felt no comfort in the idea of writing.  Then, he got feedback on his first assignment.  Last week, he once again felt no compunction to write, but he did it.  When he was done with that third assignment, his face was glowing.  Today, he informed me that he wanted to get his schoolwork done quickly.  He was writing a book.  Apparently, he started last night after everyone else went to bed.  Today, he is ecstatic to be writing.  I am thrilled that he is rediscovering a love of writing.
On a side note, I have been watching the way the teacher interacts with the students in this class.  I have read her feedback and have been quite impressed.  She is very sensitive to their needs.  She is giving them advice and critiquing their work without seeming critical.  I am impressed.  My other children will definitely be taking classes with them when the time comes.
Posted by Kristina at 12:03 PM No comments:

Yesterday, Dominic was reading the comics and suddenly looked up at Gary.  With an incredulous tone of voice, he said, "Scientists call Pluto a dwarf planet?"

Gary responded, "Maybe it has a beard."

To which Dominic naturally replied, "And it's a natural sprinter!"

As if this were not enough to tell that our family is currently immersed in the Shire of Tolkien, a few hours later a dispute arose between the two youngest members of the household.

I was working diligently when I was set upon by two young hobbits asking that I resolve their disagreement.  What was their heated debate about?  Well, whether Legolas had a pony tail or a braid.  After much searching of the internet for pictures of the back of Legolas' head, I gave up and told my hobbits to get along.

I also have one sweet child who does not want to wear shoes because he says that he has hobbit feet. His feet, he maintains, are uncomfortable in shoes.  I completely understand.  All this time I thought I was a redneck.  Come to find out, I'm a hobbit.
Posted by Kristina at 10:05 PM 2 comments:

It all started when he was 5.  We went to Florida to pick Gary up after his deployment vacation in Afghanistan.  Dominic discovered the coffee service and spent the next several days 'serving' people coffee. 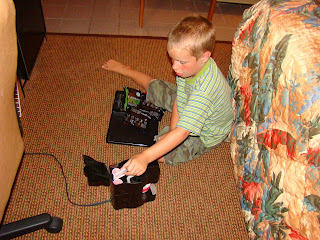 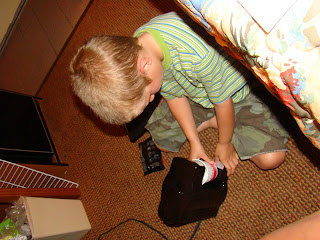 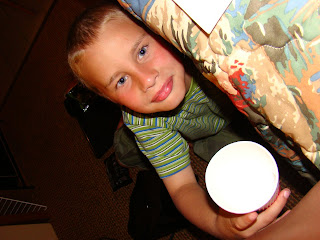 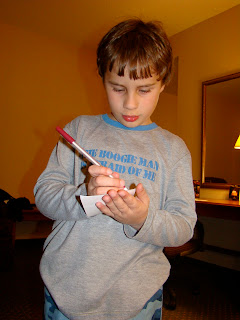 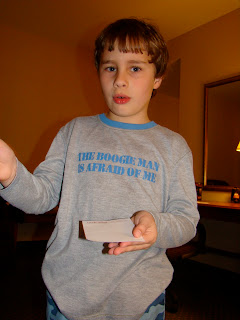 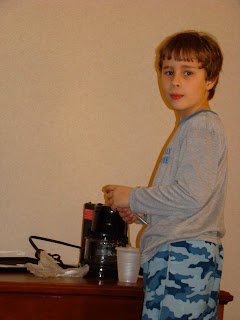 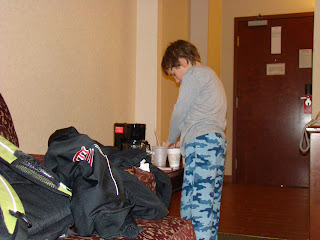 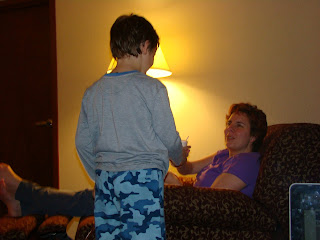 And, on a completely different subject, I absolutely can't believe it's been almost 4 years since we moved into this house, and two years since Gary came home from Afghanistan.  It really doesn't seem that long.
Posted by Kristina at 7:54 PM No comments:

What Animal Would YOU Be?

Seriously, how much better can life get than to be a cat living with a loving family?