An Afternoon With Dominic

I got to spend an entire afternoon with Dominic recently. We left the house at 11:30 and didn't return until 4:30. Our first stop was a science class. 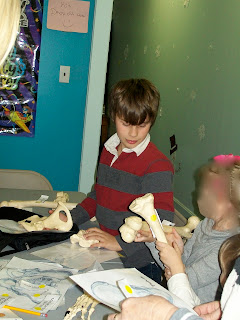 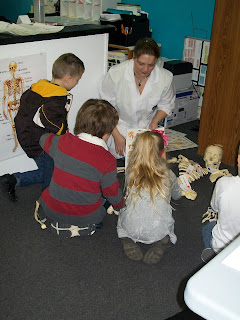 Dominic got to spend time with his adorable 'fiance' while I knit. (Yes, I am arranging marriages for all three of my children. If you want in, let me know. The younger two are already arranged. Gabriel is still in negotiations, however, so things could change.) 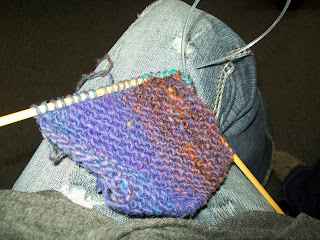 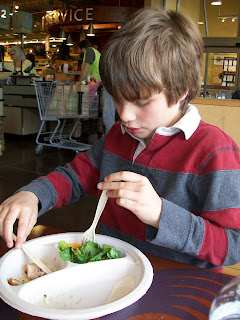 After science class, we needed to stop at Whole Foods for some groceries. We were also hungry. Since Whole Foods is one of the few places we can both eat while avoiding allergens, we were excited to eat there. Dominic has been wanting to eat there for a while, so this was a special treat.

After we ate, we went grocery shopping. We hit up Smoothie King on our way home for our dessert. While we were driving all around the city, we listened to All the Weyrs of Pern

. We were getting close to the end of the book, and I was looking for another book I thought I had downloaded. I mentioned to Dominic that it was another book from the same series that I thought he would enjoy and he said, "Oh. I thought it was an old fashioned book because of the dragons." After I explained to him that the book is actually set in the future, we had a long conversation about the series, including the genetic modification that created the dragons. Personally, I'd like to impress a dragon.

It was a wonderful afternoon.