The second day of our trip, we spent with my uncle, aunt, cousin and her family. I have absolutely no pictures. I was having too much fun, and should have hired a photographer for the occasion. After all, this was the first time in 14 years that we saw each other when there wasn't a funeral involved.

The boys had a lot of fun playing with my cousin's boys and swimming, as you can tell by Xavier's red cheeks. After the visit, we went to Olive Garden so that Xavier could "Carb up" as per his Uncle Josh's instructions on what to do before a big workout, as he had to fight the next day. 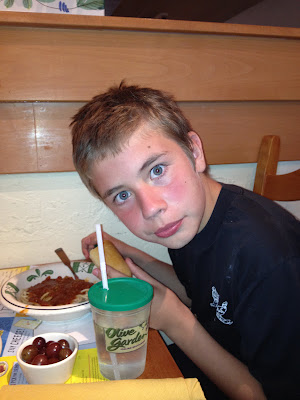 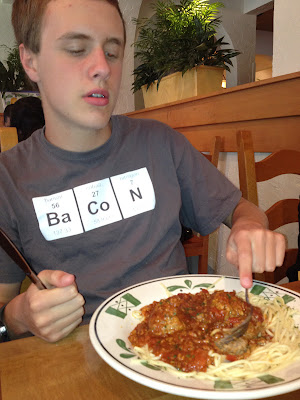 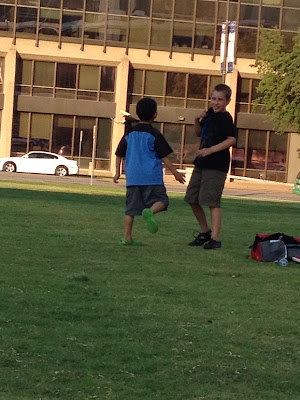 After dinner, we went to where all the beautiful people were so that Xavier and Gabriel could get a workout in before we went to bed. Dominic played with a friend who had already competed, and got two gold medals! 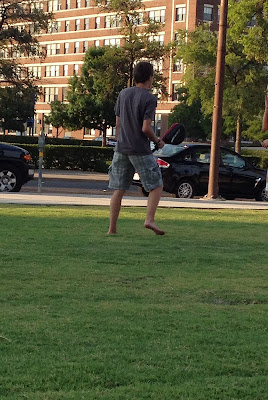 Gabriel worked out barefoot, which was very distracting to his partner. You see, he has amazing tan lines on his feet, and that was all she could focus on. 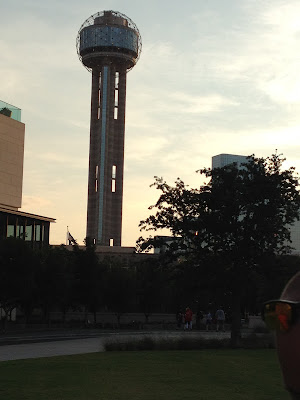 The boys were very impressed by the architecture of Dallas, which reminded me that they really haven't been to many large cities.