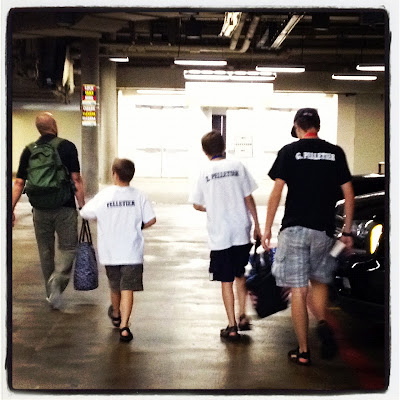 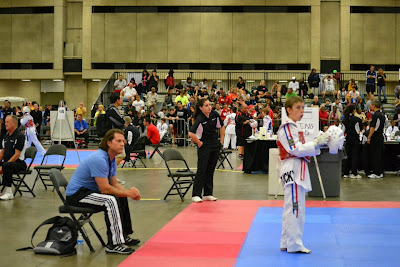 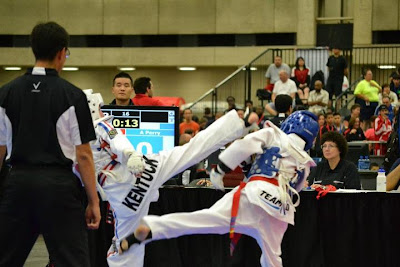 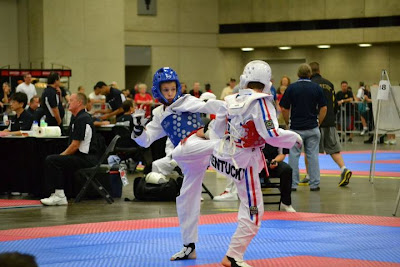 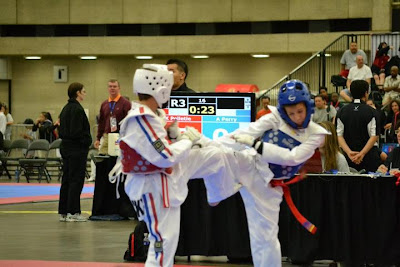 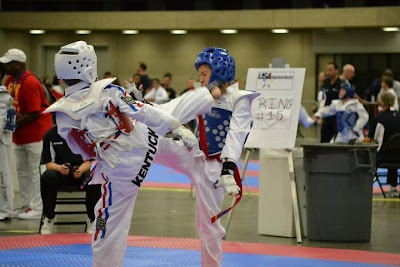 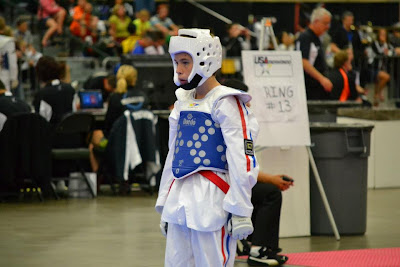 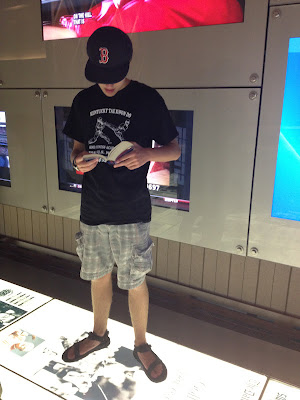 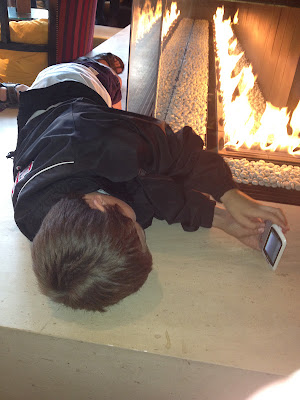 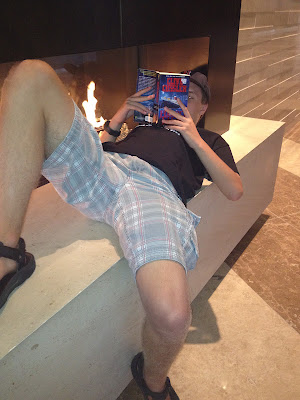 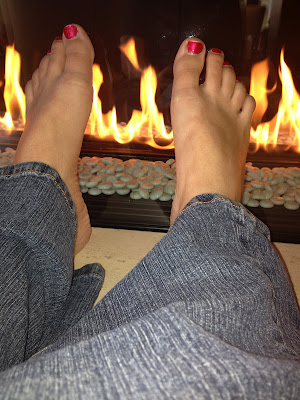 Sunday, July 1st, saw us at the Dallas Convention Center for our first day of fighting. I thought about singing Eye of the Tiger as we walked in.

This was Xavier's day for fighting. I'm not sure if he was nervous, but he barely ate. His first fight was at about 2 o'clock, and all he'd had to eat was half a bagel with peanut butter and grapes. I'm pretty sure it was nerves. His first fight was great. He won 7 to 0. He was moving around. There was a great picture of him that I refused to buy for $15, that showed him dodging a kick. He looked like Neo from "The Matrix."

Kinda wish I'd been willing to pay for it, but oh well.

But, fighting takes a lot out of you. His body didn't have much to give, and it gave it all in the first fight. Even looking at the pictures from the second fight, you can see that he's spent. That one picture says it all. He just didn't have the energy to fight. At the end of the fight, all he could think about was food. After eating, the world was a wonderful place again.

That night, we had another workout, and we had a bit of time to wait for everyone to gather. We hung out by the fire in the hotel. After all, it had rained in Dallas and the temperatures had dropped to a cool 84. And, really, I was a little cold. It was cold in that convention center!
Posted by Kristina at 2:50 PM