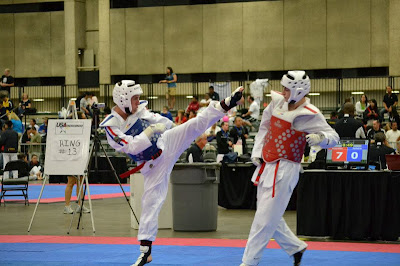 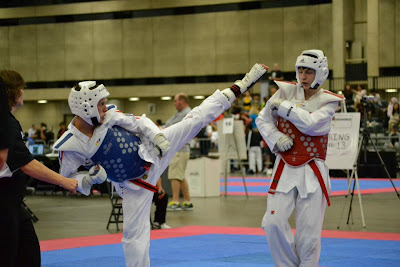 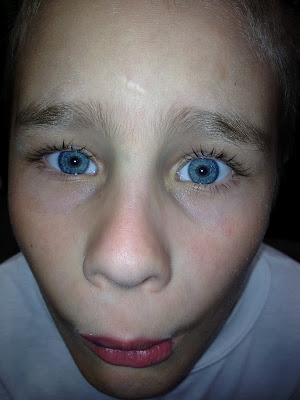 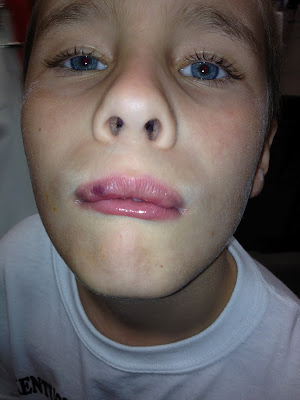 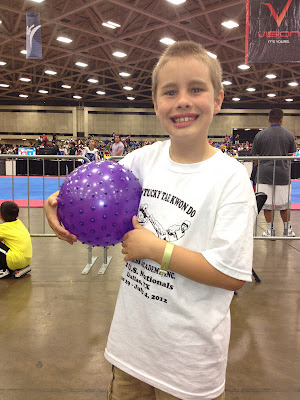 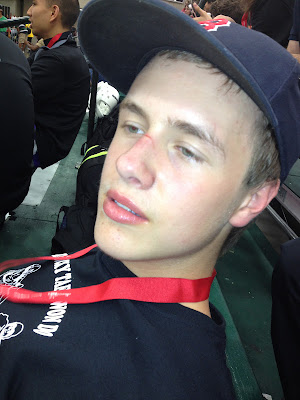 Day 4 was Gabriel's day to spar. He had a great fight. See how long those legs are? They're wicked things of head hunting power.

Dominic also gave himself a fat lip. He is quite talented. He was jumping around the bleachers and kneed himself in the mouth. He was just so upset about missing out on the injuries of fighting that he gave himself an injury.

Gabriel ended up with a bloody face. Apparently his opponent's toenails were not quite as short as they should have been.