It's been a week since black belt testing and our household is just now starting to get back to normal. I'm sure it didn't help that we spent the last three days watching the Olympics. 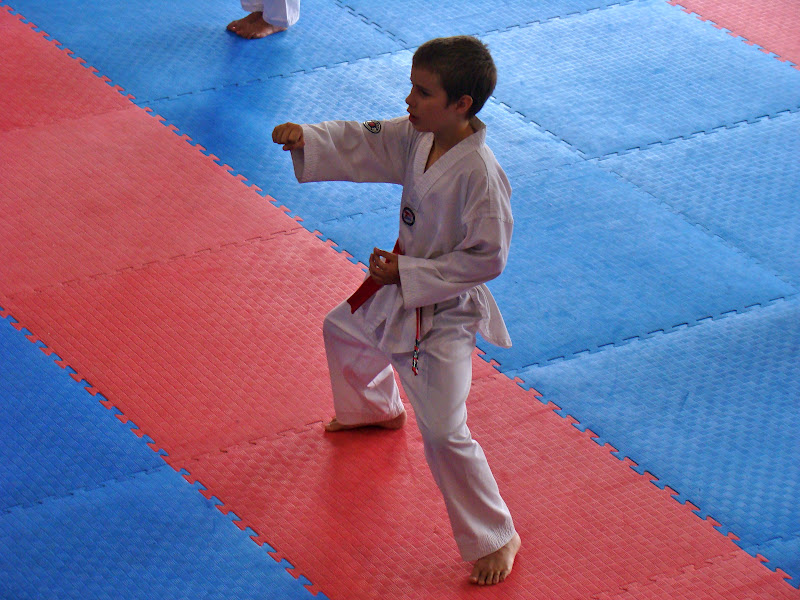 Before you ever show up for black belt testing, you have to write two essays. This is an excerpt from one of Xavier's essays.
I began tae kwon do because Gabriel started and all I wanted to do was be like Gabriel. It was a good thing because, if I had not, I would probably still blow up at any one if they made one mistake. My problem was self control, I didn't have any. So I got in a lot of trouble until I got my blue belt taken away from me. After that, I didn't get in trouble as much and now the only reason I get in trouble is because I'm bored...

As you can see, I have made improvements in everything I listed. I have self control. I have discipline. And I have friends. I also have discovered that I love tournaments. I do every tournament that I can, and enjoy it whether or not I win. I am mentally stronger from tae kwon do and I need it. I was the kid everyone picked on at school, not physically but mentally. All they said were mean things. I don't like talking about it so I write it down. My problem is I keep everything inside myself and don't tell anyone anything unless I am pushed. I am hoping that after I test I can work on this. I think I can hold off any mental pain through listening to music that matches my feelings.

It hurts a lot when people are bullying other people and I can't do anything to stop them. One time I tried and it didn't work. the next day I saw it happen again. It's not myself being bullied that hurts, but trying to stop people from bullying and failing, not being able to create friends and watching those bullies pick on everyone else. All I see at school is survival of the fittest.
I'm hoping tae kwon do will teach me how to stop this and create a better life for everyone early on. 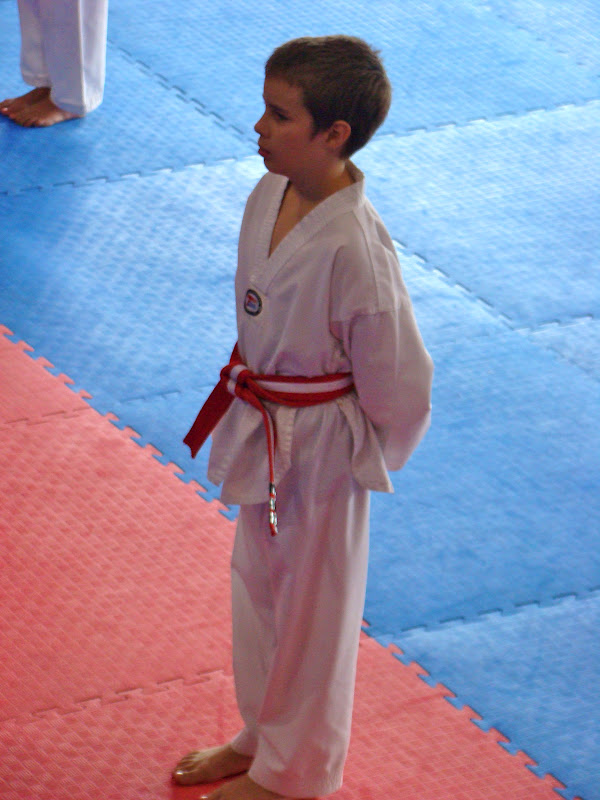 At our school, testing requires a lot of things, especially black belt testing. Everyone, regardless of age, goes through the same testing. We must know forms (for black belt testing, there are 8 for kids and 9 for adults). We must be fluent in all kinds of knowledge, including Korean history, a modicum of Korean, and many definitions. They also ask you personal questions, like what you want to be when you grow up, and how tae kwon do will help you with this. 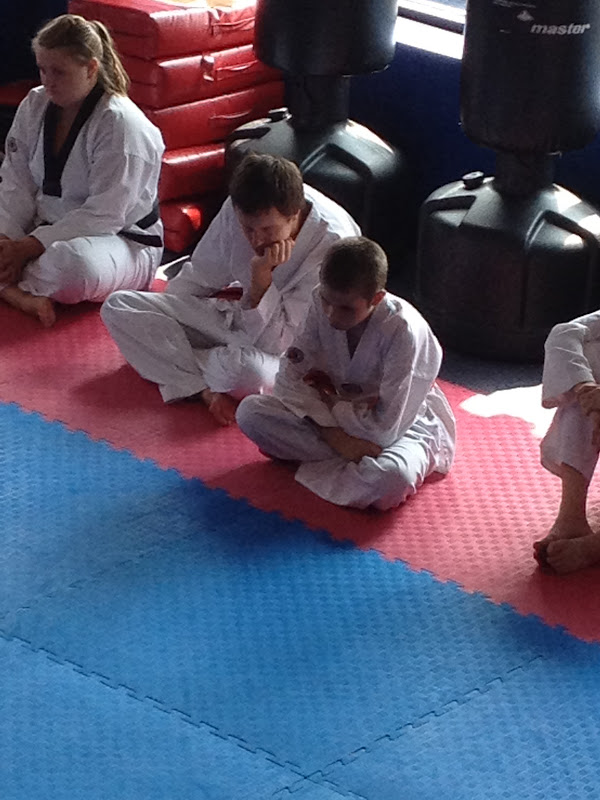 Perhaps one of the hardest parts of testing is the waiting. When Gary and I tested for our black belts, it took seven hours. Fortunately, the boys' testing only took 4. Still, it was most impressive to me that the boys, especially Xavier, could spend hours sitting silently on the mat.