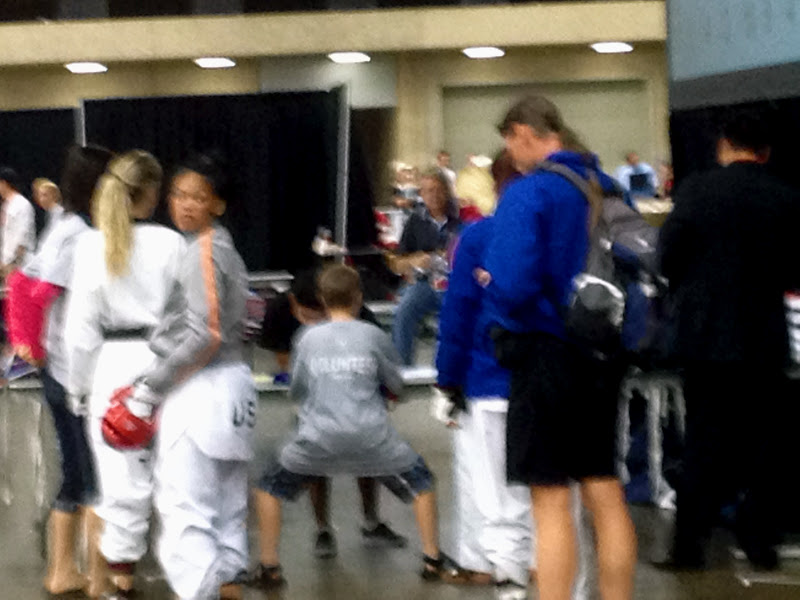 You have no idea how much I dislike posting blurry pictures. But I have to share my Nicky with you. Dominic was so supportive during the almost week we spent at the tournament. But, he was bored by day 2. On the last day, they desperately needed ring runners. The ring runners escort the competitors to their ring. On the last day, all the matches are held individually. The competitors are taken to the ring two at a time, instead of a whole division at a time. Dominic volunteered to help.

He was so incredibly adorable. He led each competitor to their ring and carefully gave them them instructions. Of course, the competitors were all over the age of 18, which made it even cuter. He got bored after about an hour and a half. He plans to do this every day of the tournament next year.
Posted by Kristina at 10:31 PM