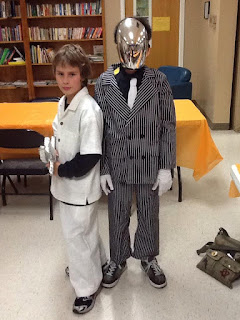 Dominic wanted to be Carter Kane

for Halloween. Most people have never heard of Carter Kane, let alone started making costumes for him. This was definitely going to be a do it yourself costume.

The first step was a stop at our fabric store. Dominic chose the fabric, which had to be linen, and pattern. He took the fabric to the cutting counter and had it cut. 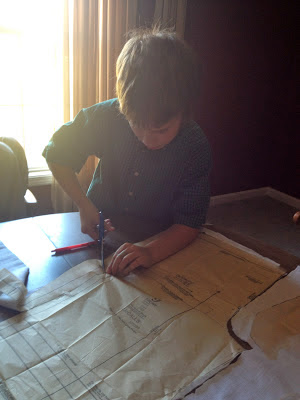 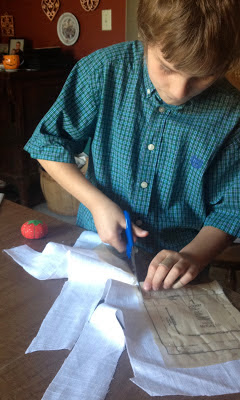 Once we got home, we got busy cutting out the pattern pieces. 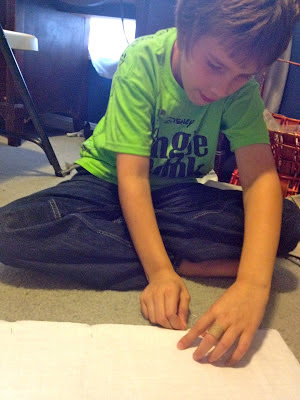 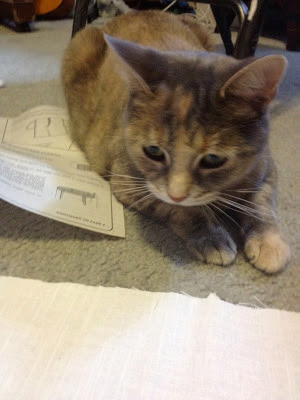 And pinning, with a little help from a friend. 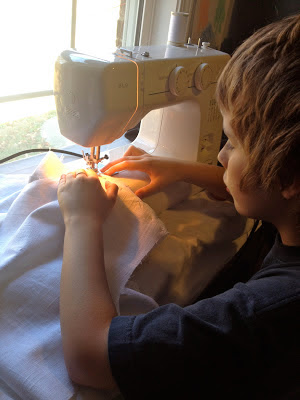 Finally, the sewing. Dominic did about 50% of the sewing. He did all the straight edges except the hemming. He was so proud of his work. I am too!

By the way, in case you didn't guess the costumes from our Halloween post, Dominic was Carter Kane. Xavier was Mr. Monopoly. Gabriel was the hitchhiker from "Hitchhiker's Guide to the Galaxy." Gary and I were the Green Hornet and Kato respectively.