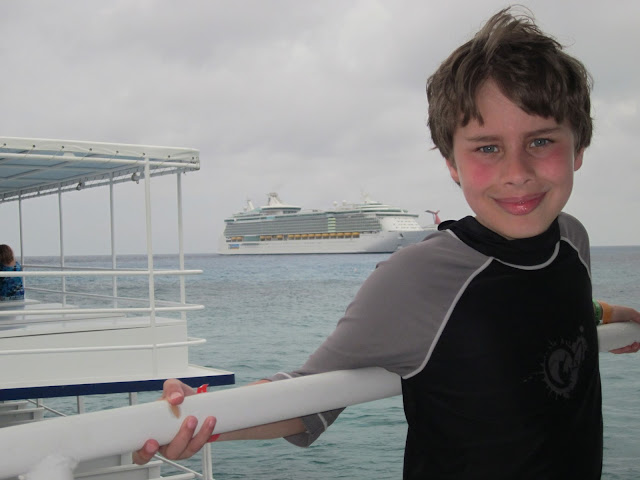 During our seven day cruise, at least six people came up to me to comment on Dominic's eyes. I had a thirty minute conversation with one of them over lunch. Thirty minutes, people! About how beautiful Dominic's eyes are!

We've known for quite some time that Dominic has awesome eyes. After all, he's been batting those baby blues at us for years. For a while, he wished desperately that his eyes would change to hazel like the rest of the family's. They didn't and he's now using them to his advantage quite effectively. He likes to imitate Puss in Boots.

We just like to call him Disney Princess Eyes.