Sometimes, students just don't want to listen to their teachers. Sometimes, children just don't want to believe their parents. When your children attend a traditional school, there can be a work around for this. A child may well believe one or the other, and if they back each other up, success can be had. A homeschool parent does not always have this option. We are the parent and the teacher, and sometimes a child just doesn't believe something they find distasteful. 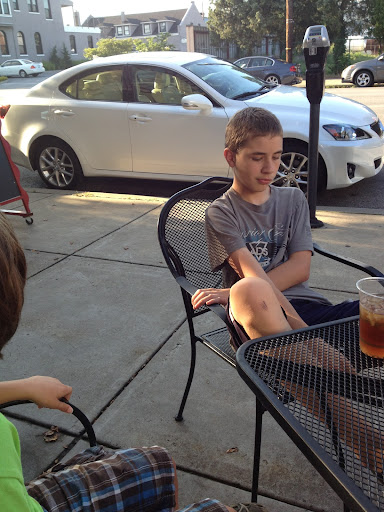 In this instance, I'm talking about the need to work math problems out on paper. As I've told my children repeatedly, many people can work out math problems in their heads, and mathy people can work out rather complicated problems in their heads. But there comes a point, especially if you want to be a rocket scientist, when you have to jot down the things in your head.
Apparently, during Xavier's space engineering camp last week, the teacher told them that they need to show other people what's going on inside their heads by writing it down. Xavier told Gary, "I guess he's right, since that's what Mom's always telling me."
I'm going to take a moment to savor this victory.
Posted by Kristina at 9:19 AM