Signs that we are living in the Whoverse include this picture that showed up on my Facebook wall courtesy of one of my children.

Never mind the fact that same child will go nowhere without some Doctor Who accouterment, be it this hat, a shirt, an awesome pair of knee high TARDIS socks, or just his red converse all stars. This particular child likes to show his fanboy status in his footwear. 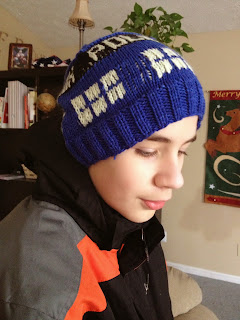 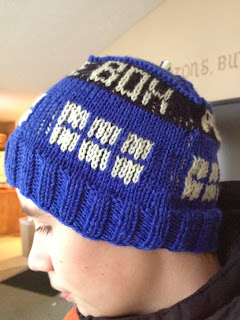 No, the proof is that my children regularly speak like daleks, speak of Rory and Amy as though they're their best friends, and make up rules about dating that include women having to know that Peter Capaldi plays the 12th Doctor in the 'documentary' about the timelord known as the Doctor, not the 4th Doctor. Also, anyone who accidentally refers to the Doctor as "Doctor Who" is instantly kicked out of the discussion.

They're making plans for a tour of England based on Doctor Who. Oh yes, my children are making plans to travel all over England, only visiting places the Doctor has visited on screen.

Finally, the most damning evidence is that today, while at a production of Hamlet, when the players were asking the students questions about Shakespeare, my children knew many of the answers because they had seen an episode of Doctor Who that included Shakespeare. Oh yes, we know many things thanks to the Doctor's travels. If only he could teach us Algebra.