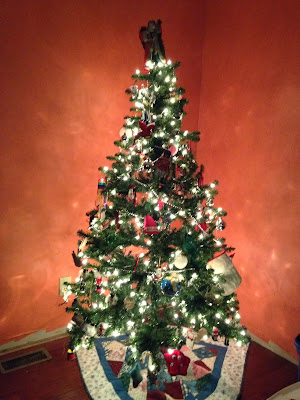 Last night, we finally got around to putting up our Christmas tree. I say finally, because we'd been trying to do it since Saturday afternoon. And while one day plus an afternoon doesn't seem like that long in retrospect, at the time, it seemed like we'd never get it accomplished. You see, every night this week, I have suddenly and predictably inexplicably gotten quite exhausted around 7:30 or 8. It started Monday and carried on all week. I thought that perhaps my body was having a difficult time overcoming the illness we brought back from Oklahoma, but the fatigue was my only symptom. So, I thought perhaps I wasn't getting enough vitamin D. I upped my intake, but that didn't help. Saturday evening, after I had made cookies and muffins, and was ready to decorate the Christmas tree, I sat down to rest because I was incredibly tired. Then, I ordered the boys pizza and went to bed. At 7:30. It dawned on me with the morning sun yesterday morning that after a month of daily trips to Starbucks to write, I had not had any caffeine in nearly a week. Oooooh, yeah, that'll do it. 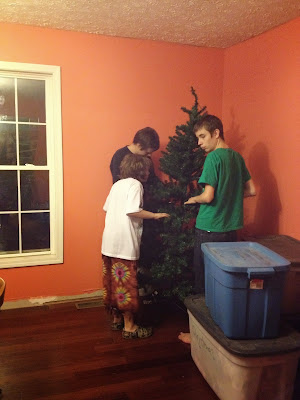 So, last night, we decorated the tree. We chose to not get a real tree this year. We all much prefer a real tree, but it really wasn't in the works this year. Quite frankly, they're heavy, and awkward, and labor intensive. I just didn't have the energy to invest in one this year. (Probably because of the lack of caffeine.) 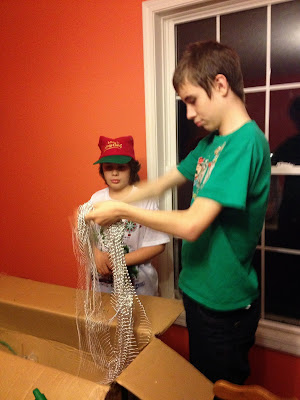 At any rate, the boys broke out our tree. They hung the beads after much searching, and untangling, a bit haphazardly perhaps, but who cares? I've given up on my obsessive need to control where everything goes on the Christmas tree, which makes my life much easier around this time of year. Sadly, Gabriel seems to have inherited this trait. He spent much of the evening talking about putting ornaments up evenly, and even attempted to make a case for removing the beads and putting them on again. 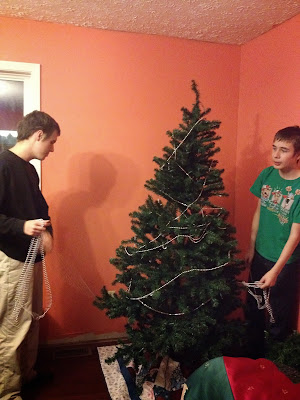 After I convinced Gabriel that the beads would be okay, the boys put the ornaments on, and spent quite a bit of time 'posing' for blog pictures. 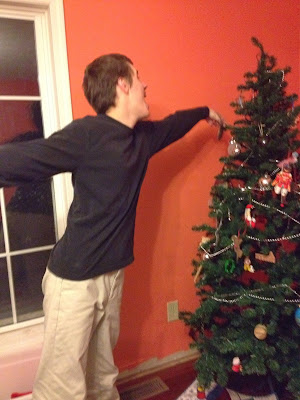 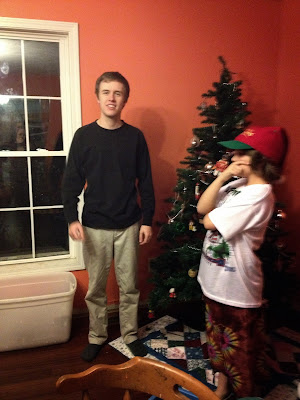 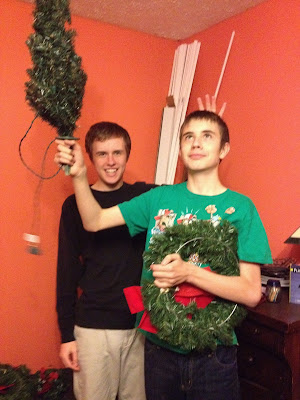 We take turns adding the Santa to the top of the tree. I'm not sure how Gabriel felt it was my turn. I'm sure it wasn't, but he was insistent. That Santa is rather special to me. Gary and I bought it our very first Christmas together 17 years ago. It's not really a Christmas tree topper, but it is hollow. We picked him up in a little store full of Christmas things in Chania. I wish had gotten more things while we were in Greece, but we were not focused much on decorating while we were there, mostly on each other. 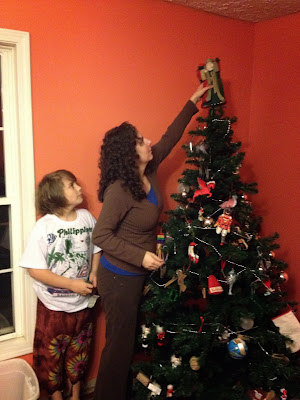 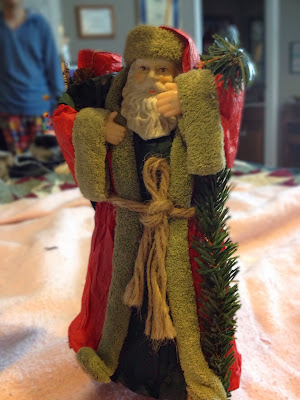 After the tree was decorated, I made Chacon, a new family favorite for dinner. For those who wish to know, I sliced a chicken breast almost in half, stuffed some cheese in, closed the breast, wrapped it in bacon, and baked it at 350 for about 30 minutes. It was delicious. 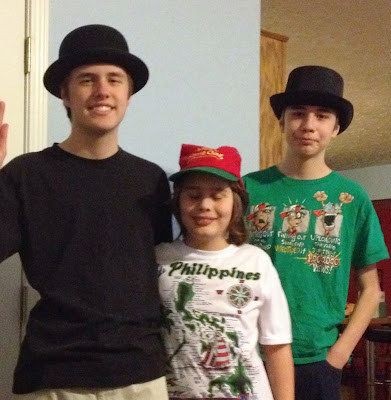 While the Chacon was cooking, we watched Unaccompanied Minors, which for some reason required the wearing of hats. Which, of course, meant I had to take more pictures. None of which were not blurry, because one of my children never stops moving. Never. Ever. 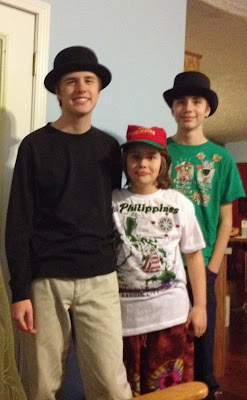 And, just for fun, I included, for your viewing pleasure, some gratuitous shots of our pets. I didn't get one of our tom cat. He chose not to join me throughout the day, only gracing me with his presence at about 4 am this morning to tell me that I had not filled my bathroom sink with water for him to drink, which I promptly did in the dark, just to shut him up. (Yes, I know, you're saying what? Your cat drinks out of your bathroom sink? Really, they both love it, and we have two sinks in my bathroom, and if I don't put water in the sink, they sit there waiting for water to drip from the tap, whining all night.) 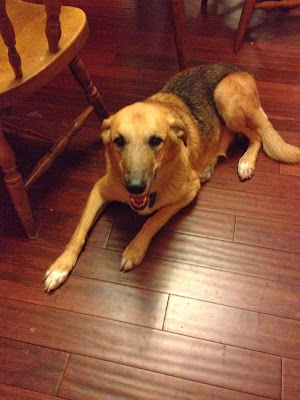 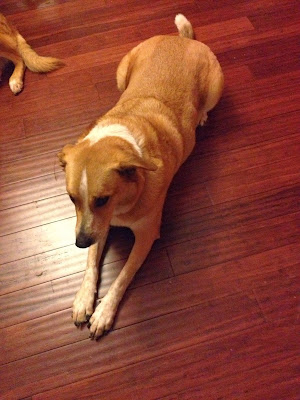 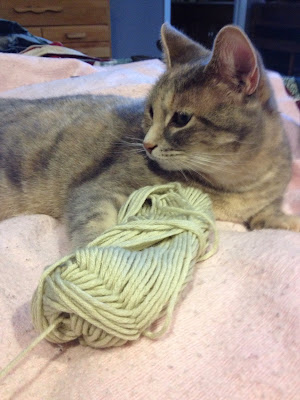