A few weeks ago, we decided to take a trip on the fly to Viroqua, Wisconsin. I know what you're thinking. Why would you go to Wisconsin in the winter? There was some property we wanted to look at, which unfortunately sold before we got there. It was a great time anyway, and we got to visit a town that I think may well be amazing. 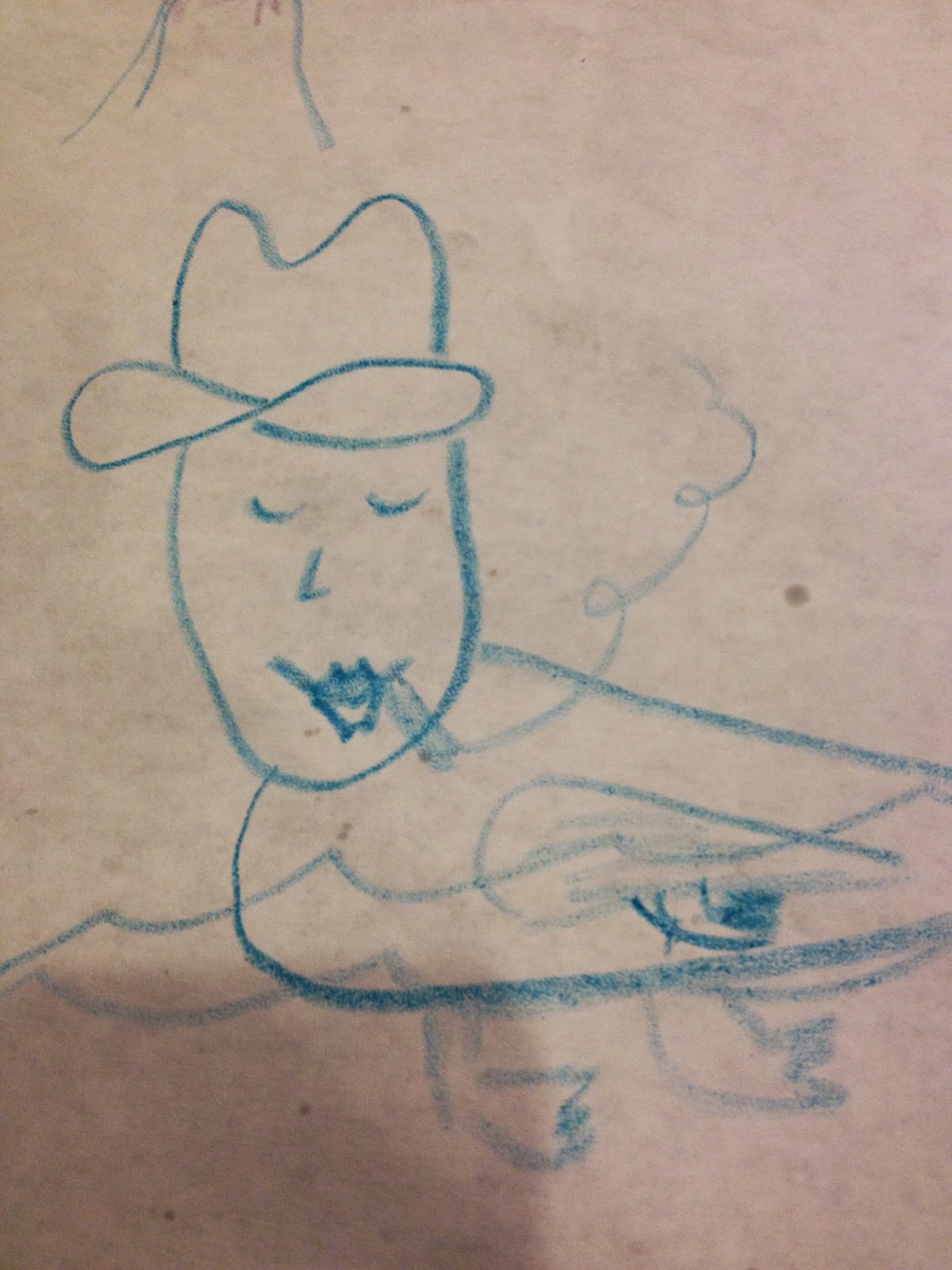 Our vacation started out with a drive to Indianapolis, that got sidetracked before it got started. There was a wreck on the highway, which closed it down. Closing the highway in our area means that all the side streets are stop and go traffic. It can take over an hour to get 5 miles in those circumstances, so we stopped for supper. My cowboy duckface was a drawing from our dinner at a local restaurant, 119 West Main, that really deserves a visit by any locals.

We stayed overnight in Indianapolis because we had to be at the train station sooo early. 4 o'clock came early, and we drove round and round downtown Indianapolis looking for the parking lot. After about 15 minutes, we found it. Heads up, it's not connected to the train station, but a full block north, south, east, or west. Gary says east. You can let me know if you figure it out. 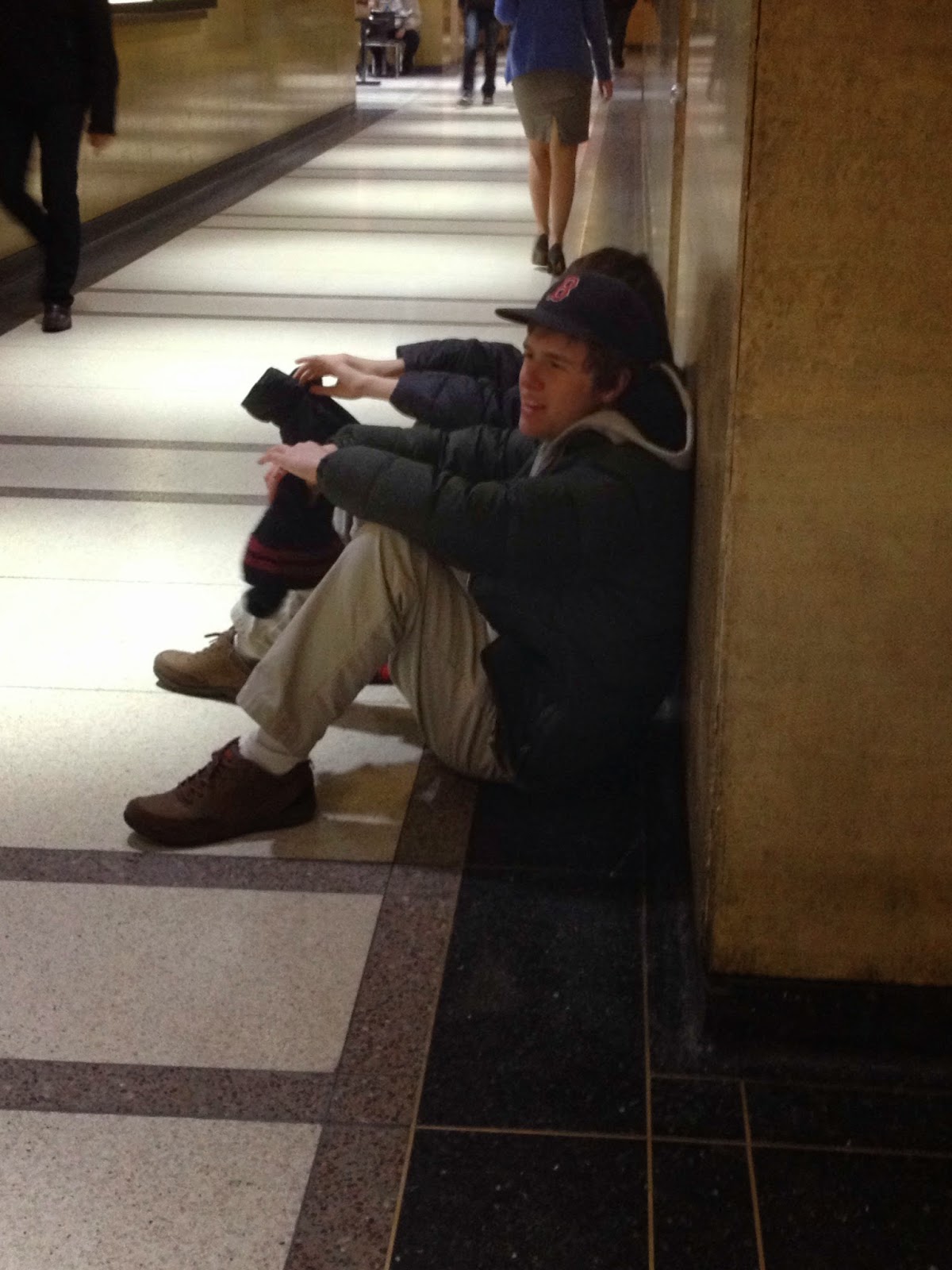 We took the train from Indianapolis to Chicago, where we had a 5 hour layover. Had we realized immediately that our layover was that long, we would have taken full advantage of the main benefit of train travel over plane travel, we would have done some touristy stuff. Instead, we realized it 2 hours in, so only had time to walk around for a bit. 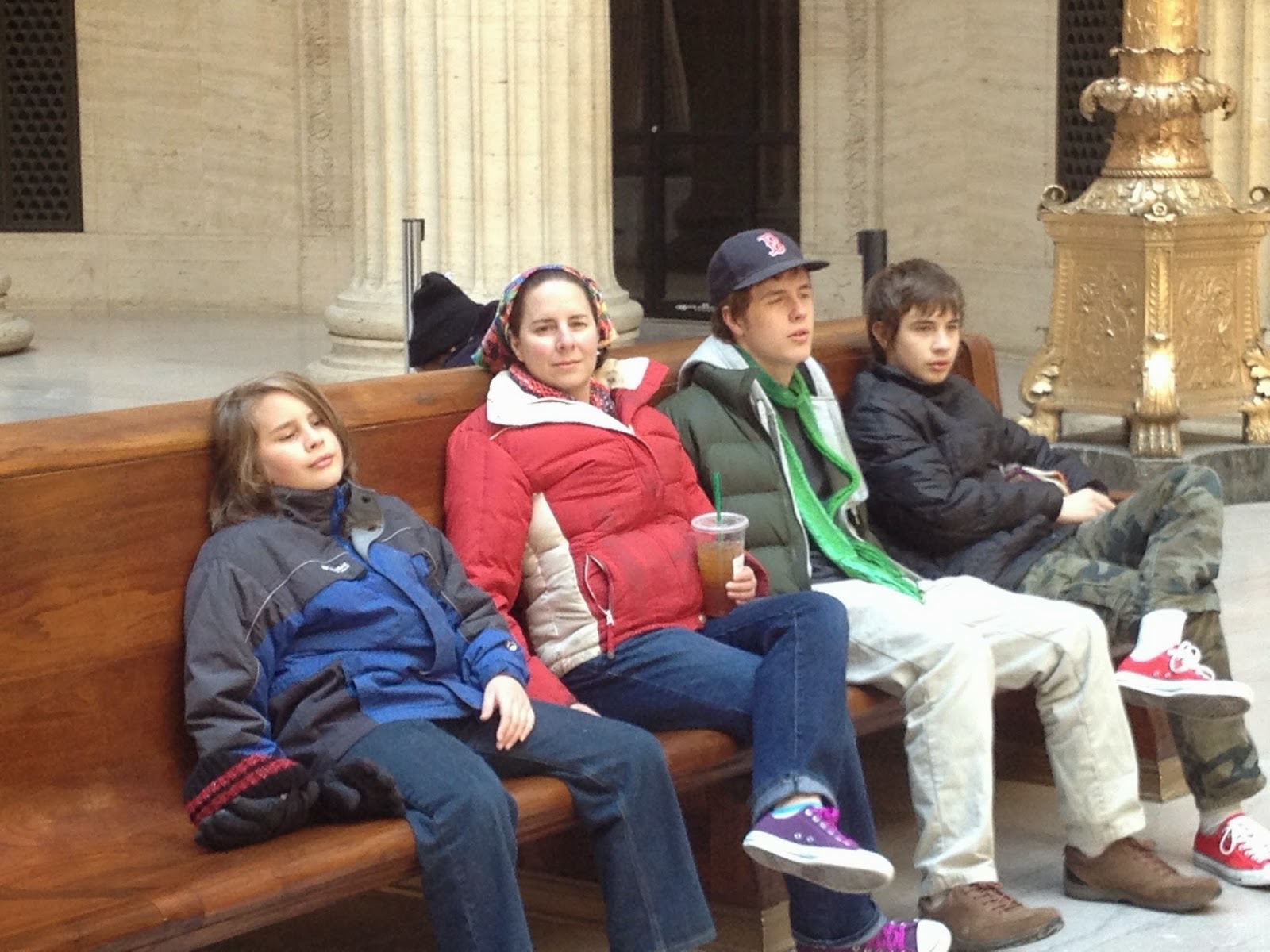 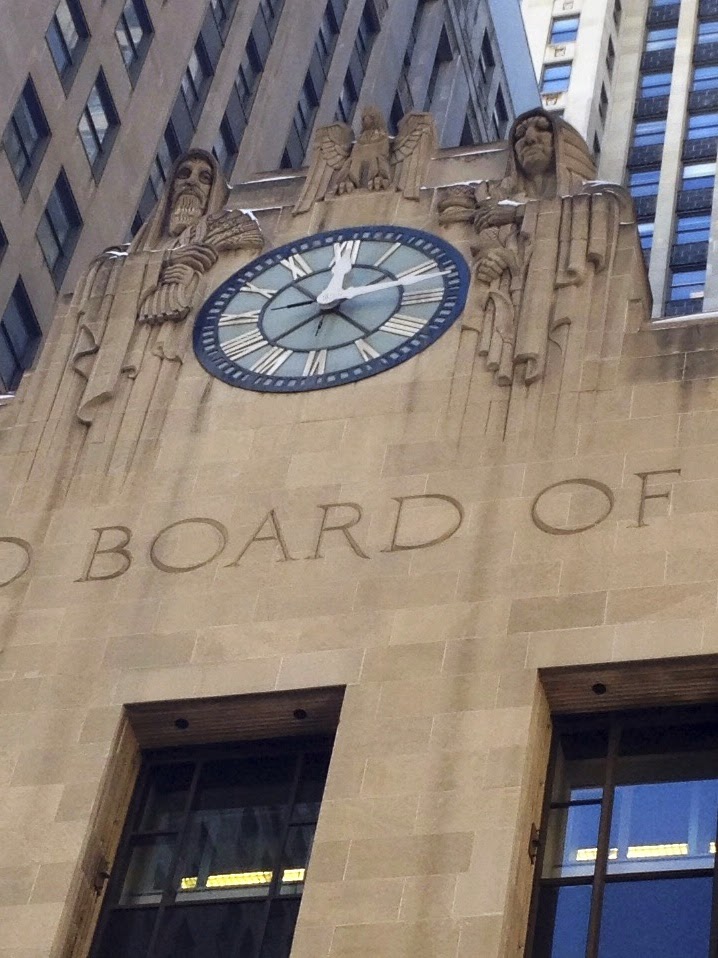 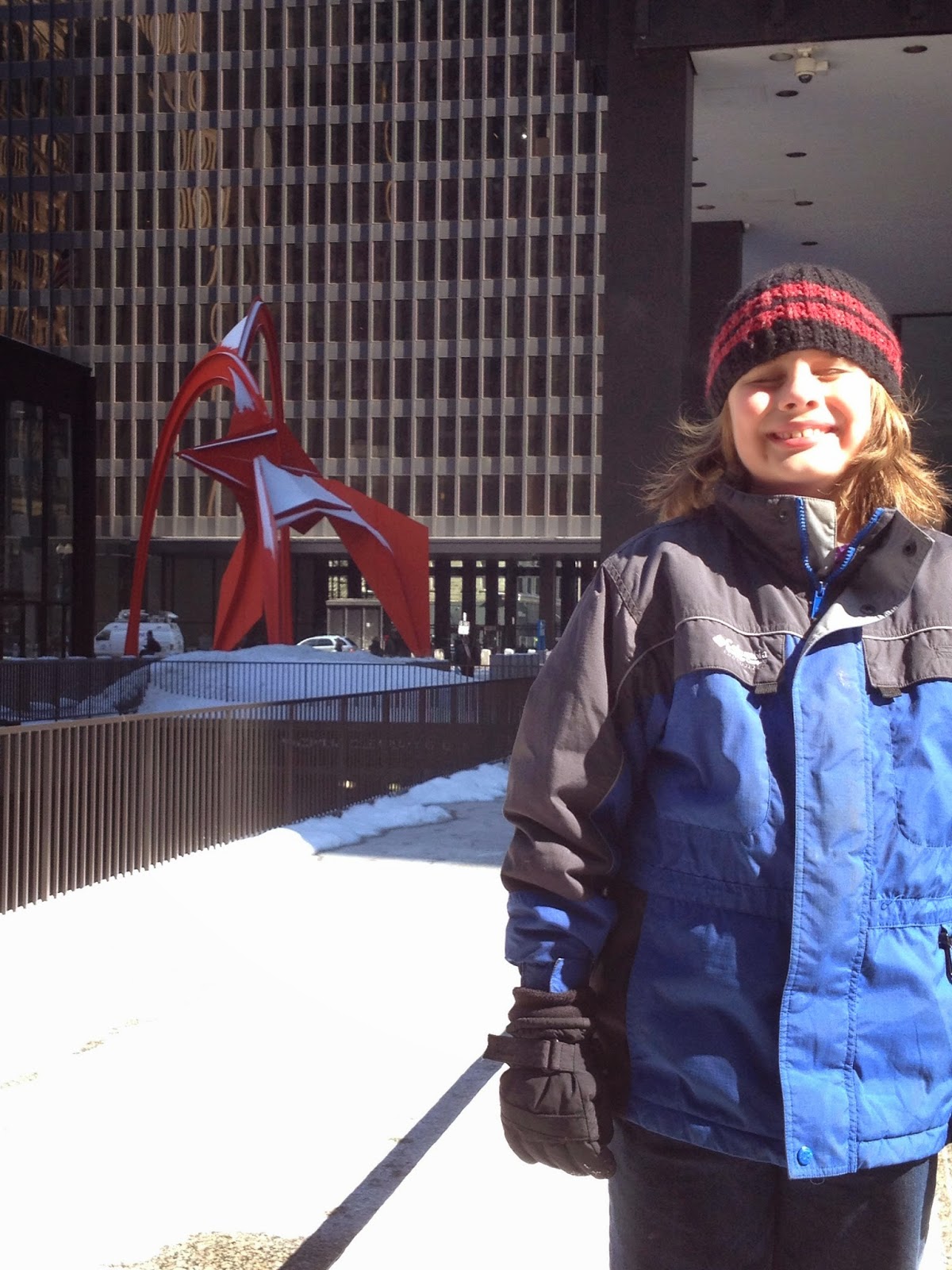 It was still good, though. We had time to stop at Starbucks, see some cool architecture, of which Chicago has plenty, and find a giant red sculpture that reminded us of a spider.

When Dominic was little and we played "I Spy," he always 'spied' something red. And it always turned out that he spied a red spider. Well, last week, we finally saw his red spider. 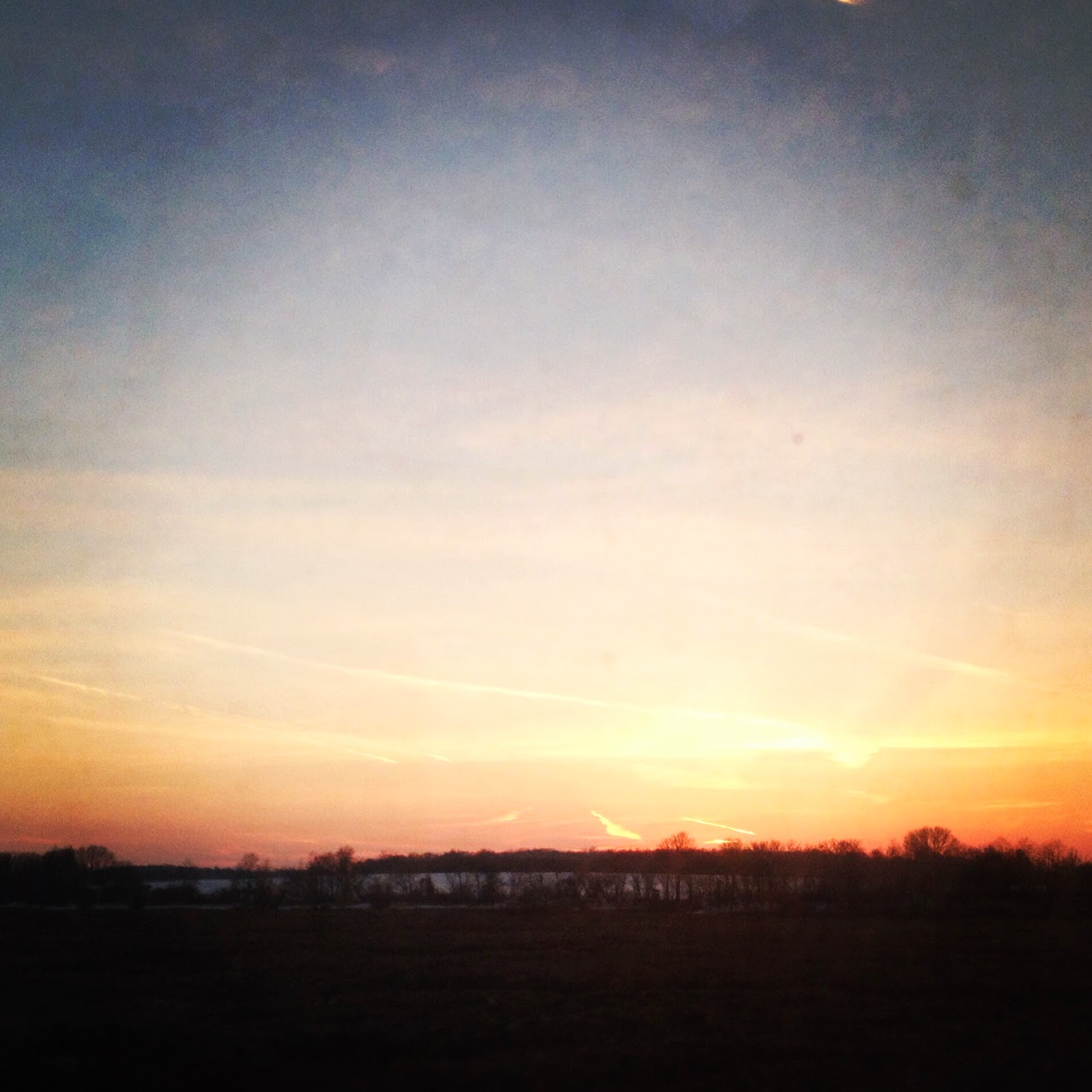 We left Chicago and took the train west to La Crosse, Wisconsin. Dominic and I watched the sun set from the lounge car. We should have arrived in La Crosse at 7:30, but the one thing you'll quickly learn about train travel is that you can't be in a hurry. We didn't arrive until almost 11, which meant the rental care company was closed. Our taxi driver was extremely helpful, found us a hotel, and called his people to find out information for us. If you visit La Crosse and need a cab, I recommend Bullet Cab. They'll hook you up.
Posted by Kristina at 5:01 PM