It's the middle of July, and I still have no idea what I want to do for school this coming year. Granted, we've got Gabriel's year all planned out, but he's only one of three children. This is a thinking out loud sort of post.

Xavier's almost done with all of Art of Problem Solving's Into series. He'll only have Geometry left at the end of the summer. He wants a break from AOPS, so we'll probably do some TOPS activities that I've had laying around for a while. I think he and Dominic would enjoy that. I also think some Living Math, and some more Murderous Maths is on the the agenda for the first part of the school year. I may have him work through the Math-U-See Geometry as an introduction to geometry before he does AOPS. He and I are going to have to sit down and figure out what he wants to do for history, but astronomy is on the table for science.

Dominic is my problem child this year. I have no idea what he wants to study, or what I want him to study. I guess we're just going to have to have a sit down to discuss it. I did find out last year that he loves the research model, so we'll definitely employ that. He's expressed a continued interest in geology, so we may continue forward with that this year. I have a feeling his schooling this year will be science heavy, since he's a bit obsessed with science. Personally, I think it's rather wonderful.

The most important thing for me this year is making sure my children are following their passions while they're learning. In the meantime, any suggestions for an 8th grader with a Doctor Who obsession and a love of space might read for literature? I'm thinking a lot of science fiction this year would go great with his astronomy class. Any ideas for a 6th grader who currently just wants to build Legos and do science experiments?
Posted by Kristina at 6:10 PM 1 comment:

Email ThisBlogThis!Share to TwitterShare to FacebookShare to Pinterest
Labels: homeschooling

As I said, we went camping with my brother, sister-in-law, and their three boys. The boys spent a lot of time on Xavier's lap and back, although I have few pictures of that. We celebrated Dominic's birthday with lots of glow in the dark goodness, and had a general good time. 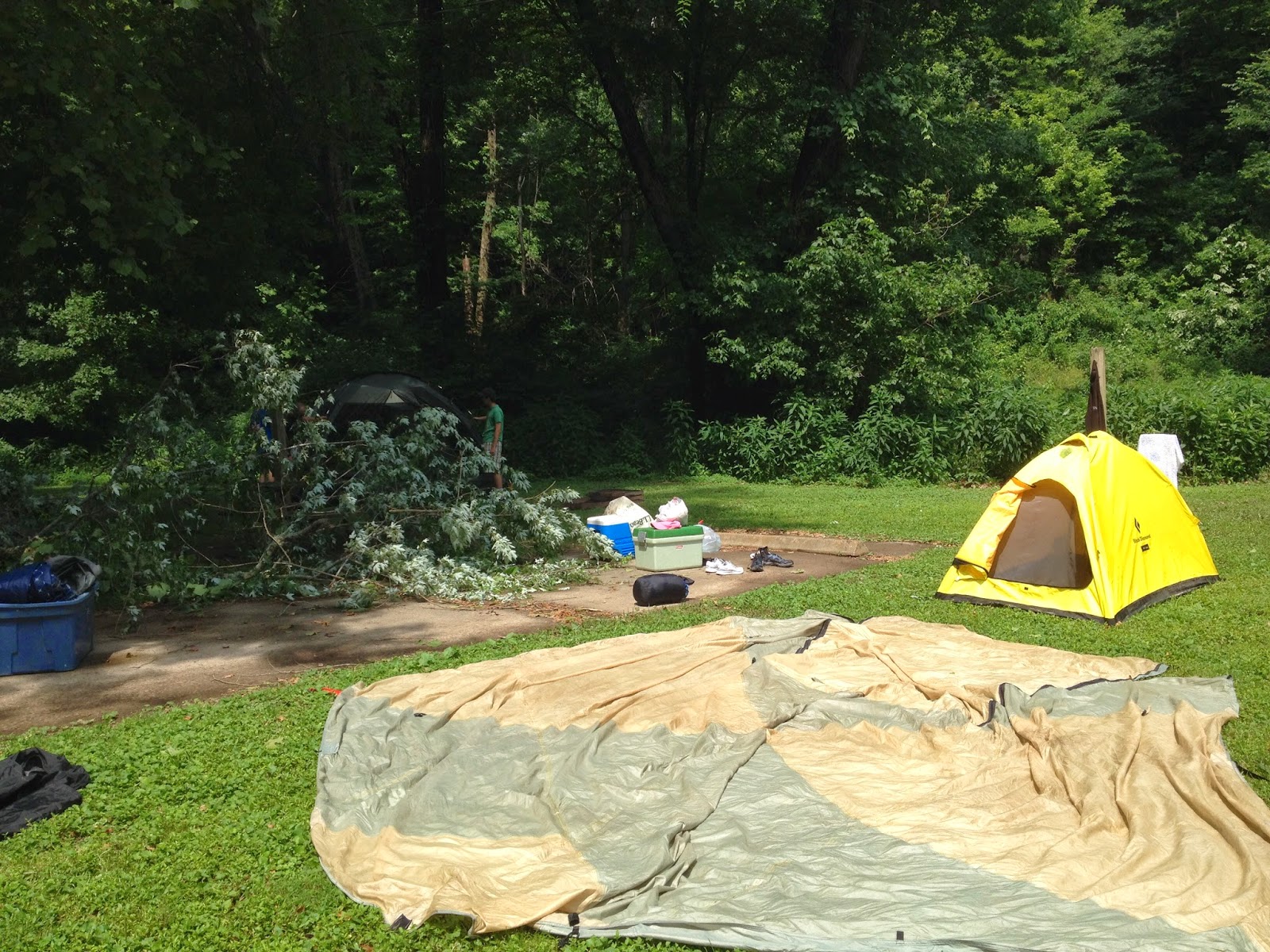 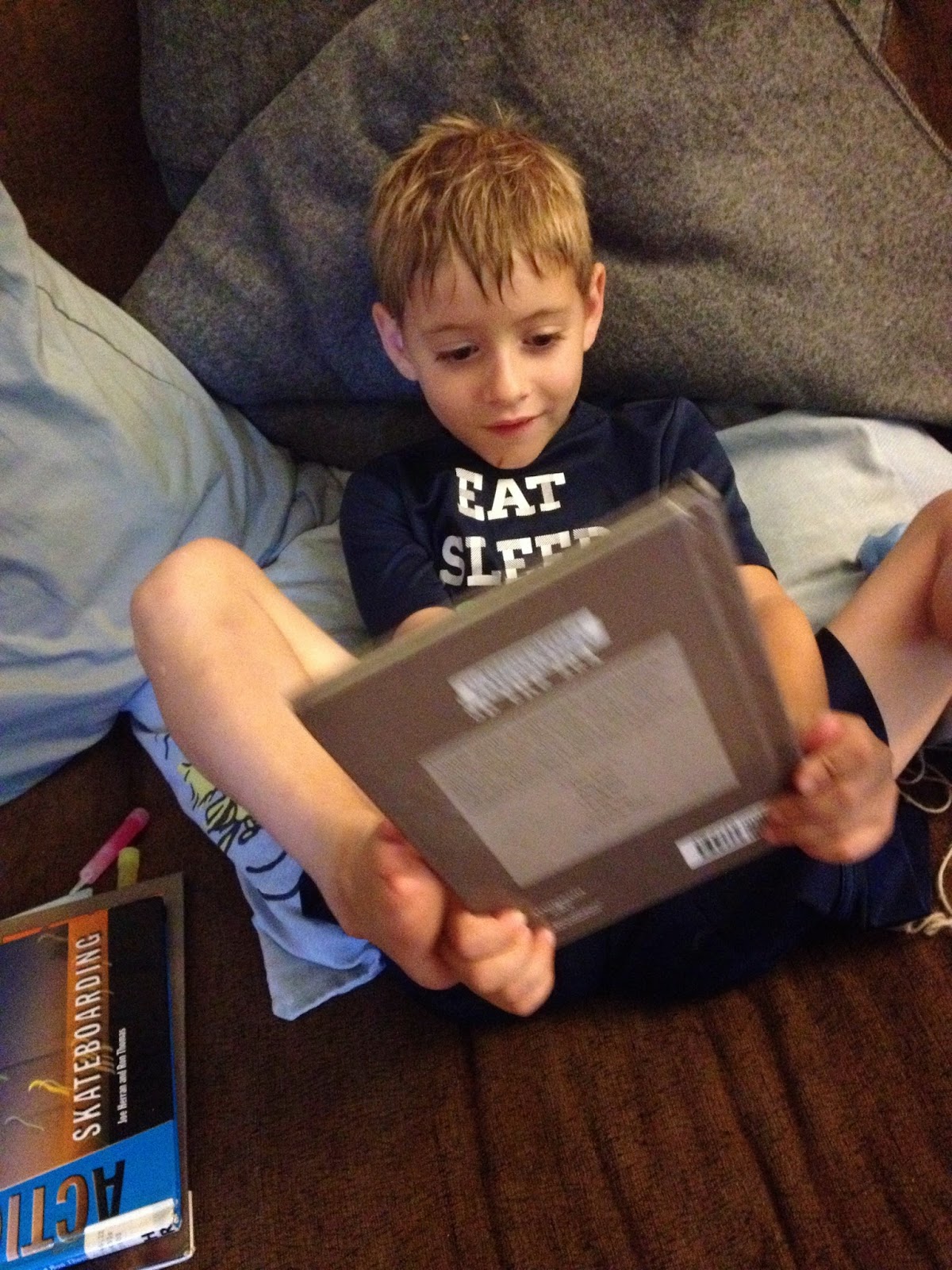 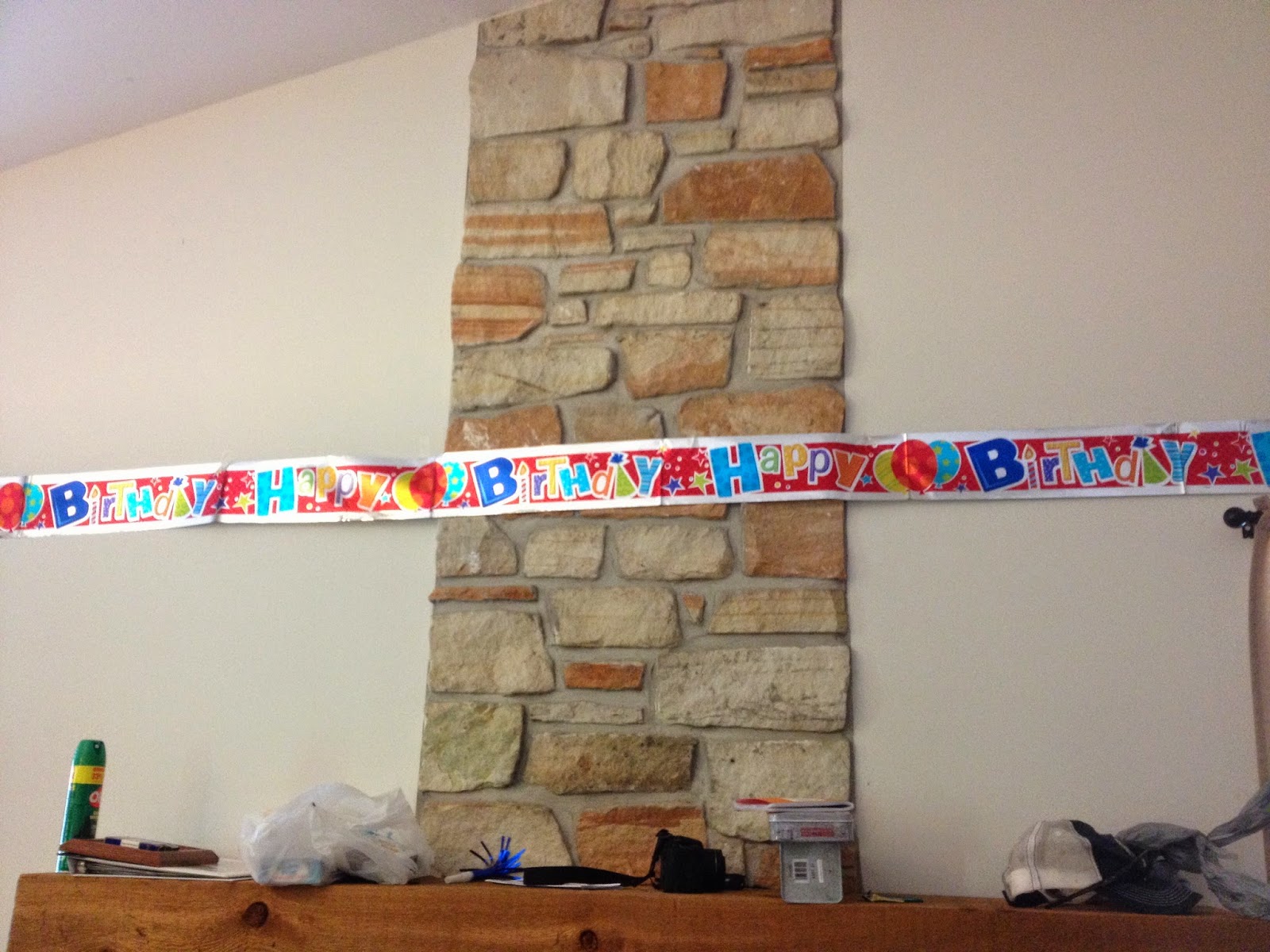 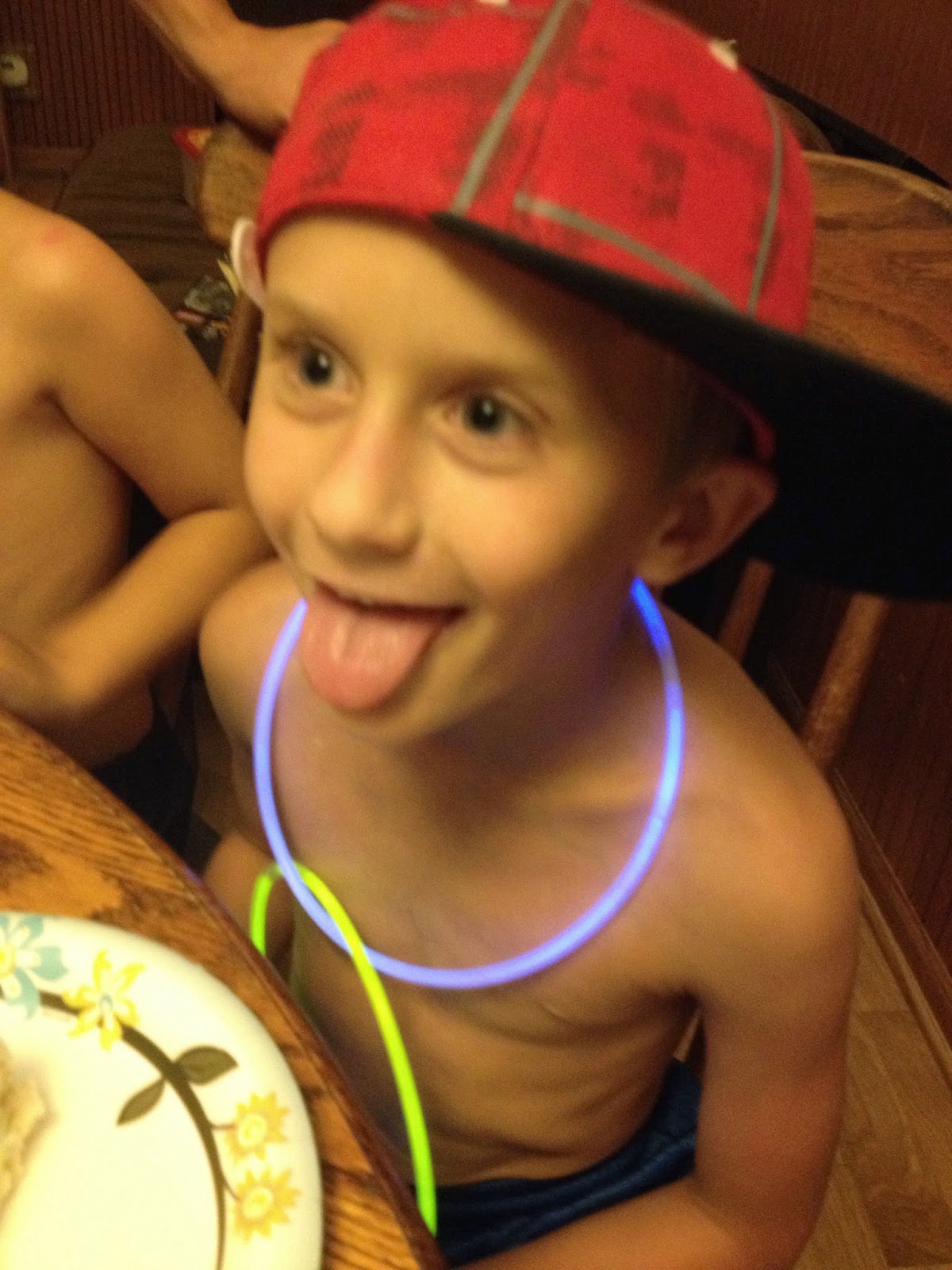 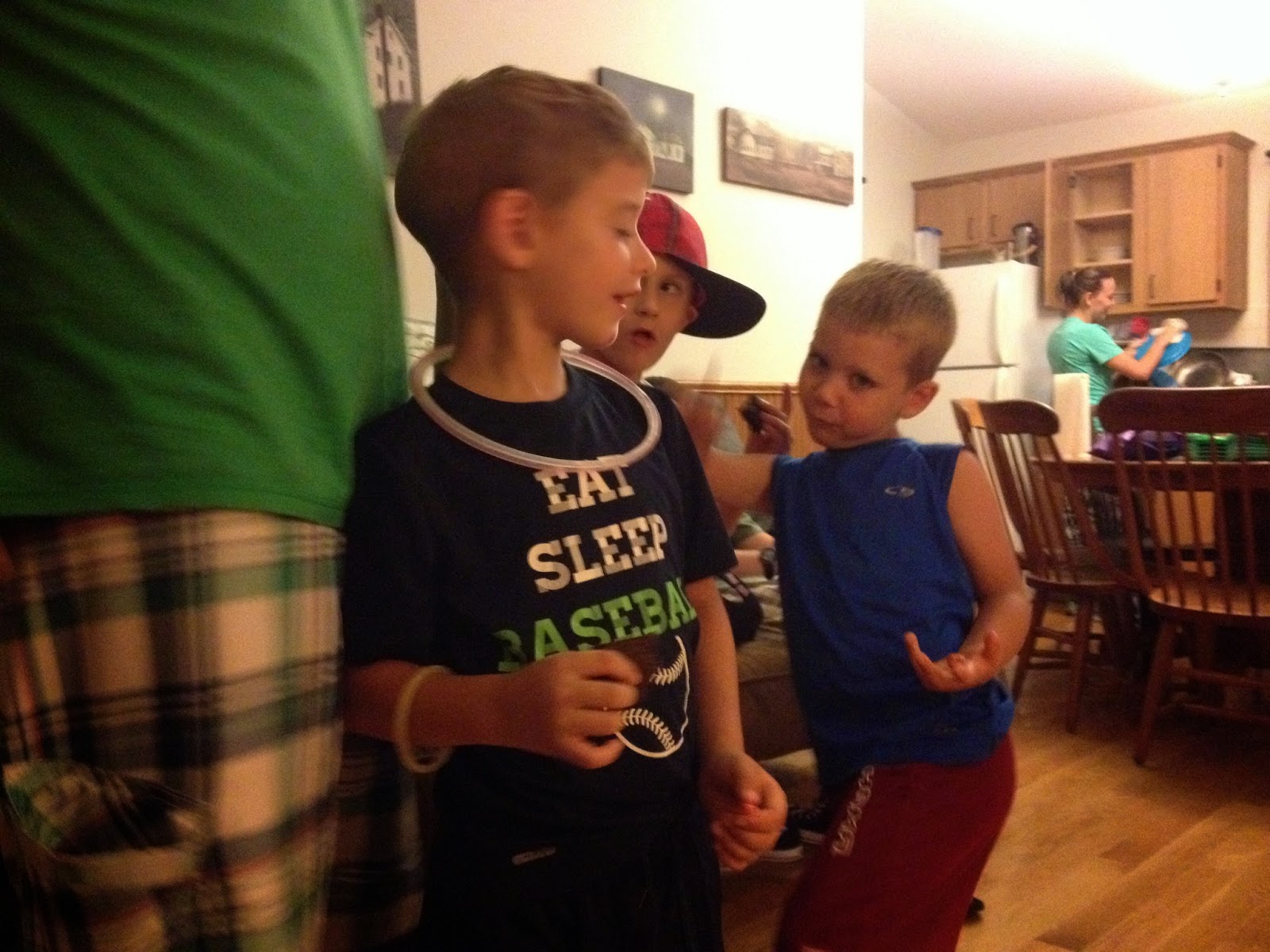 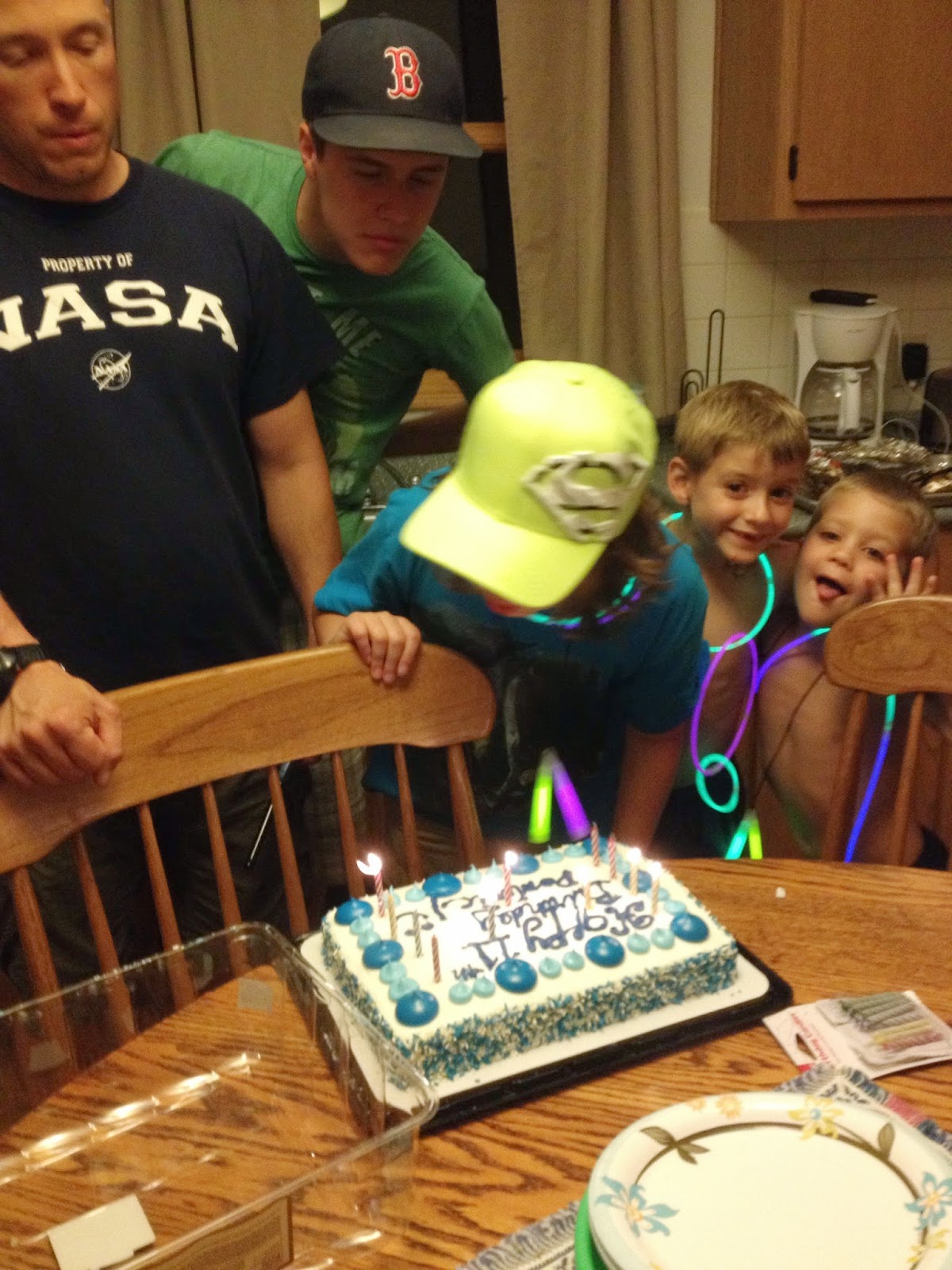 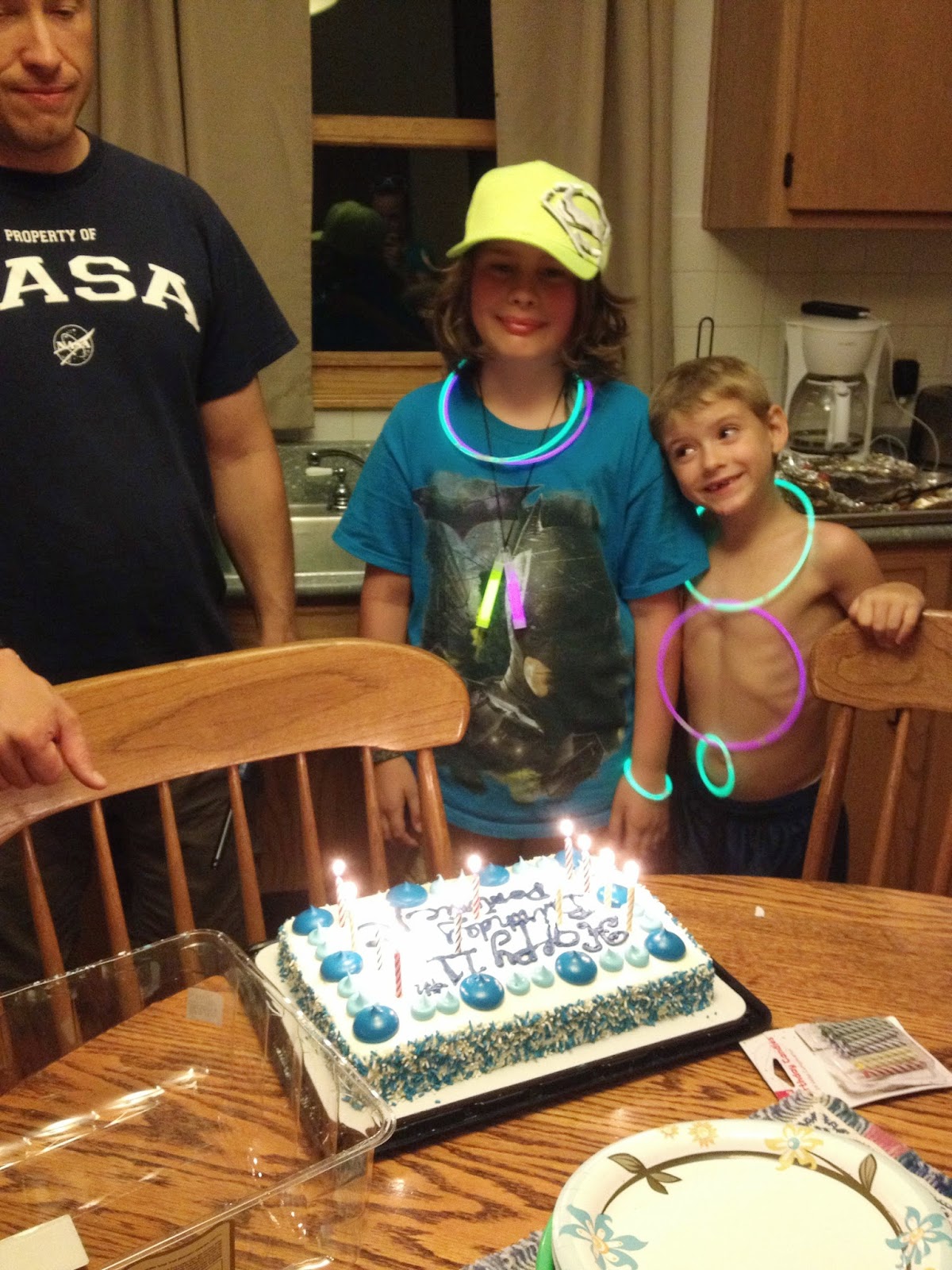 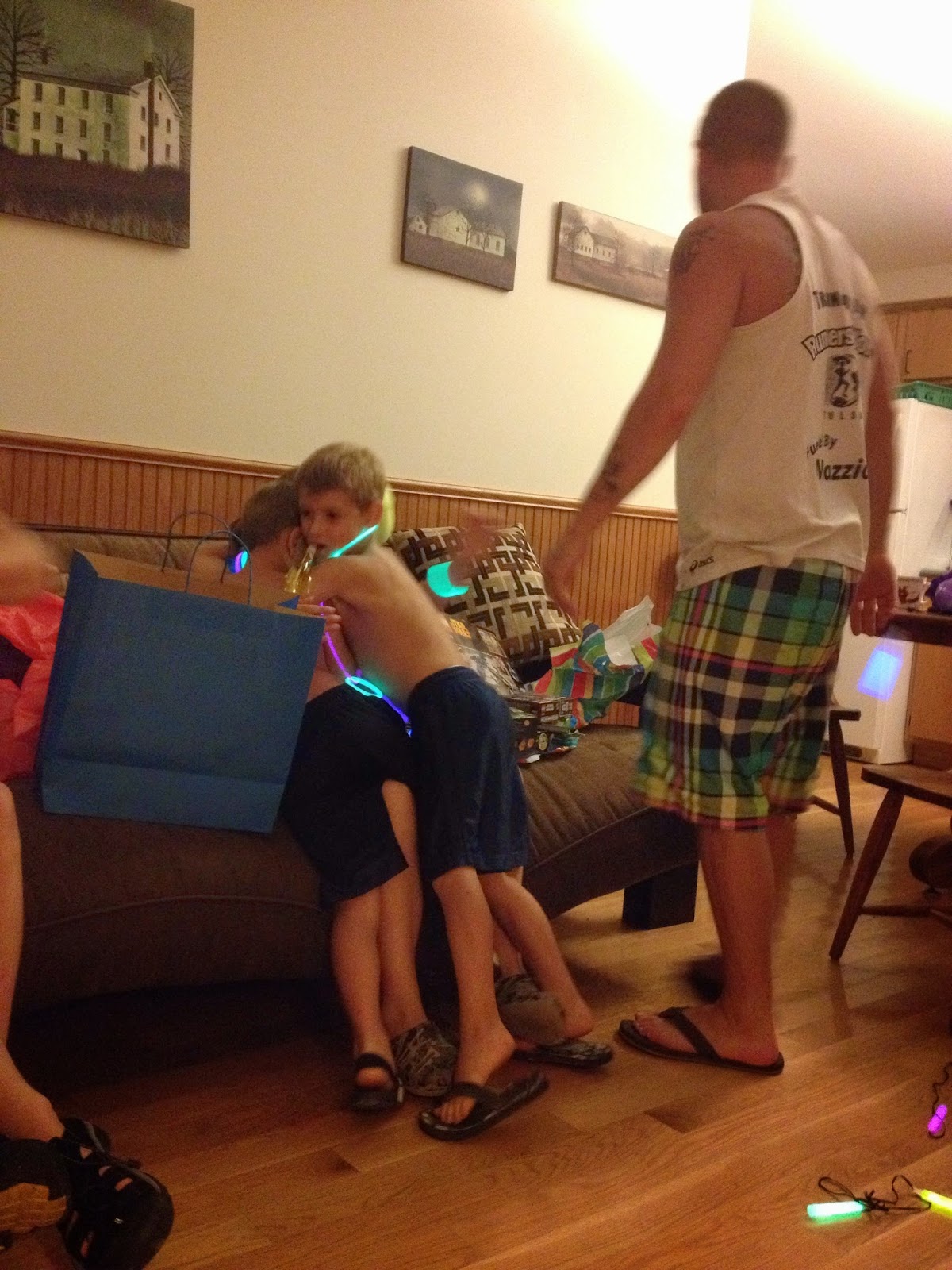 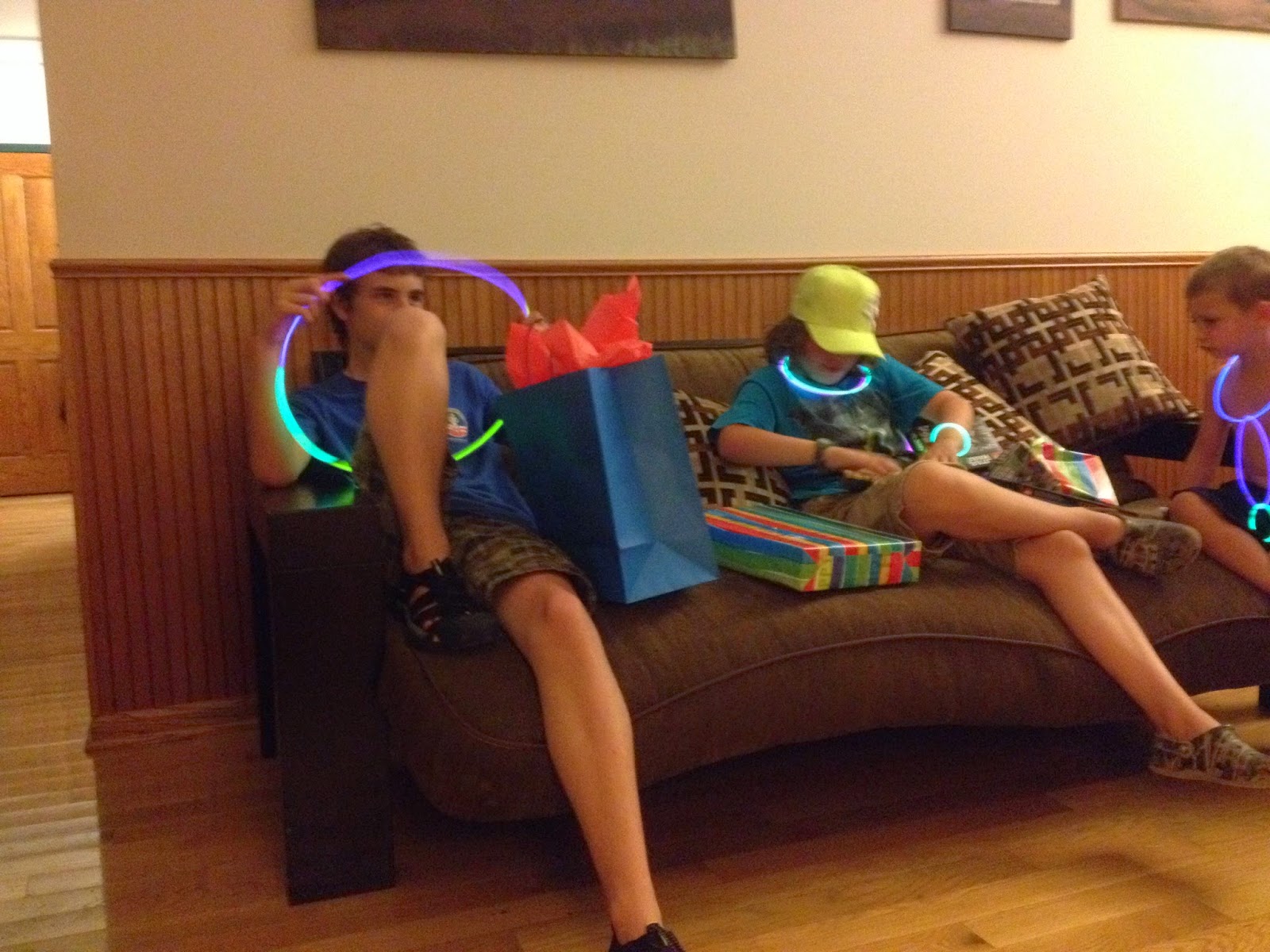 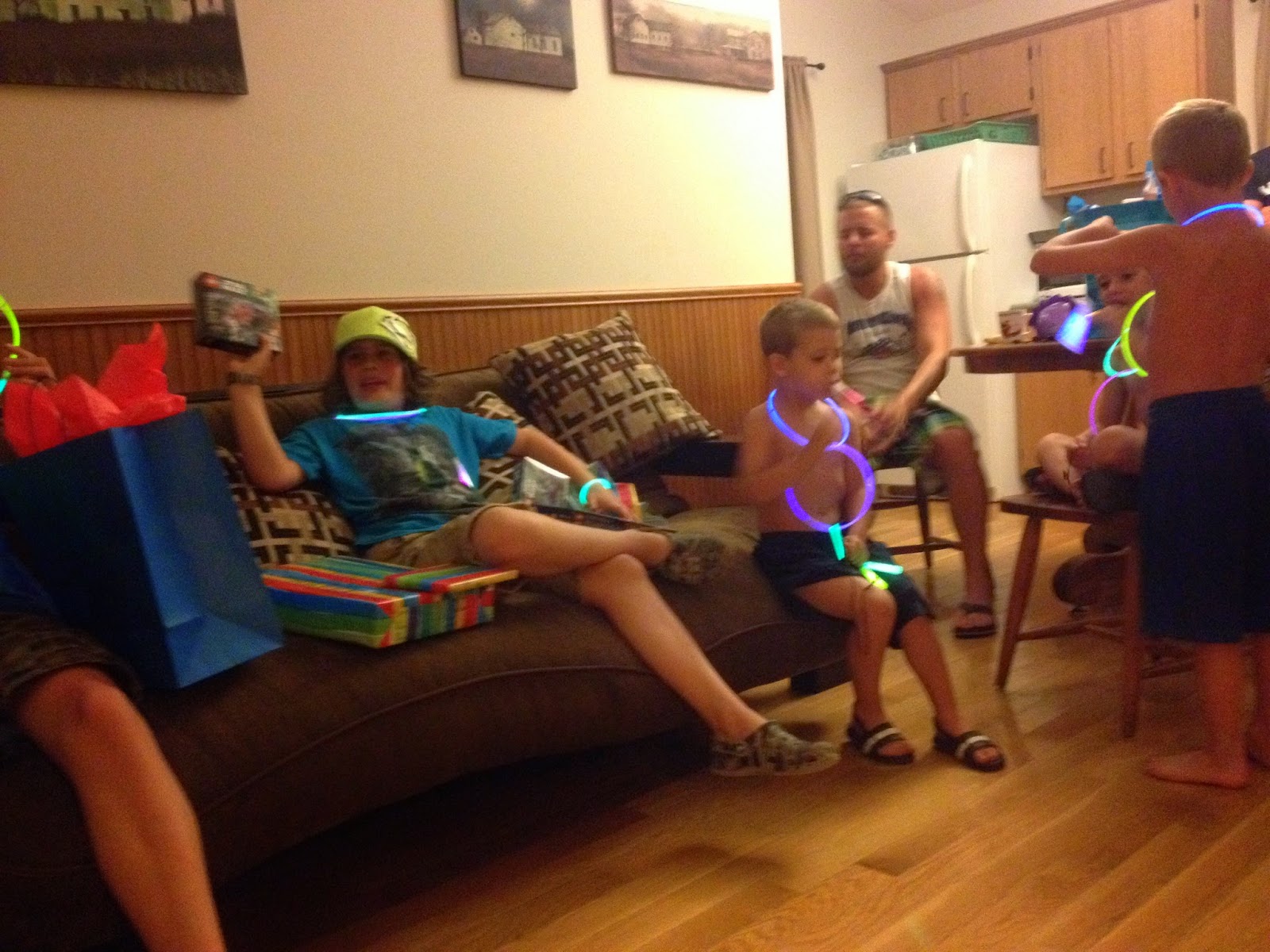 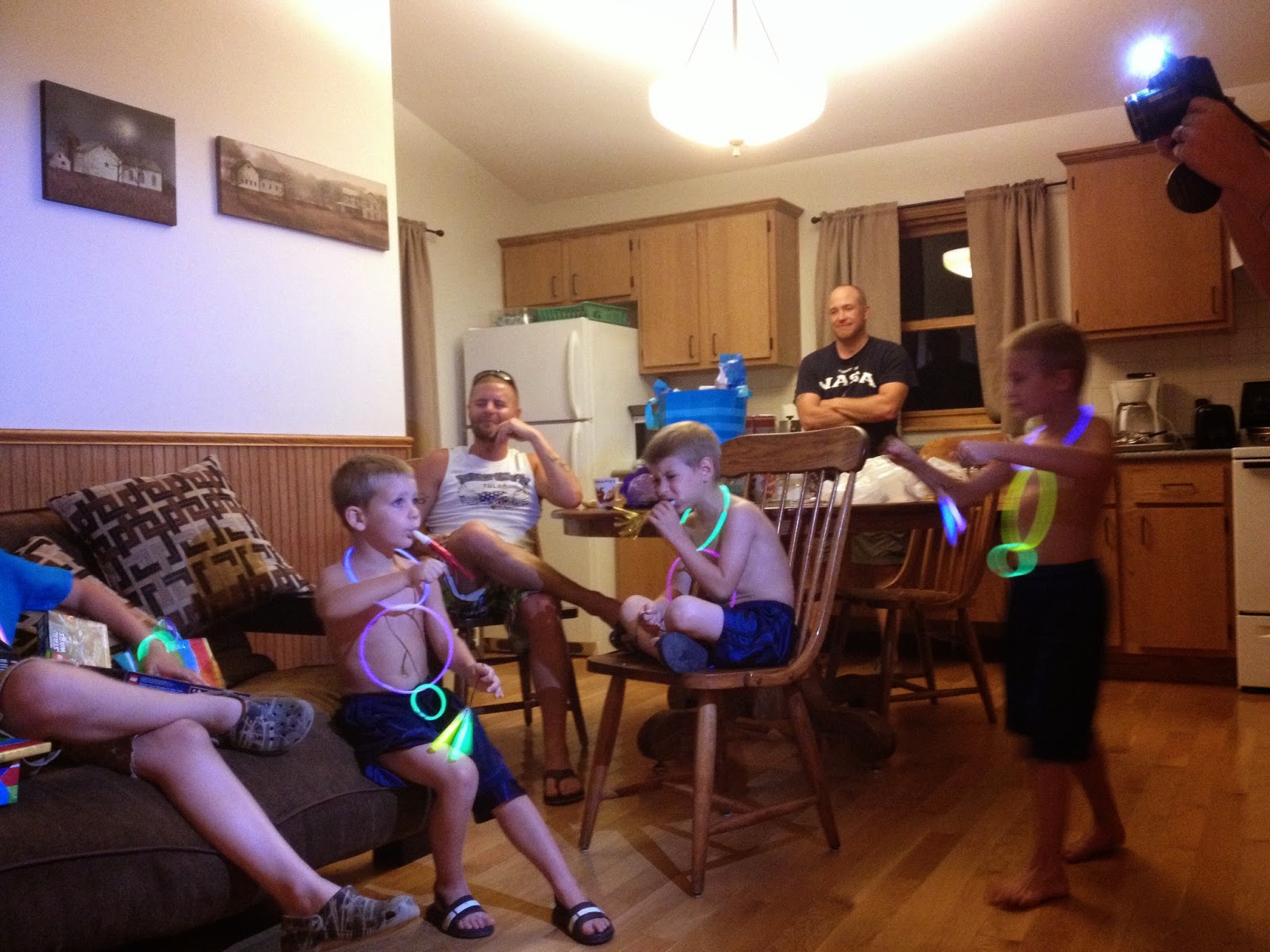 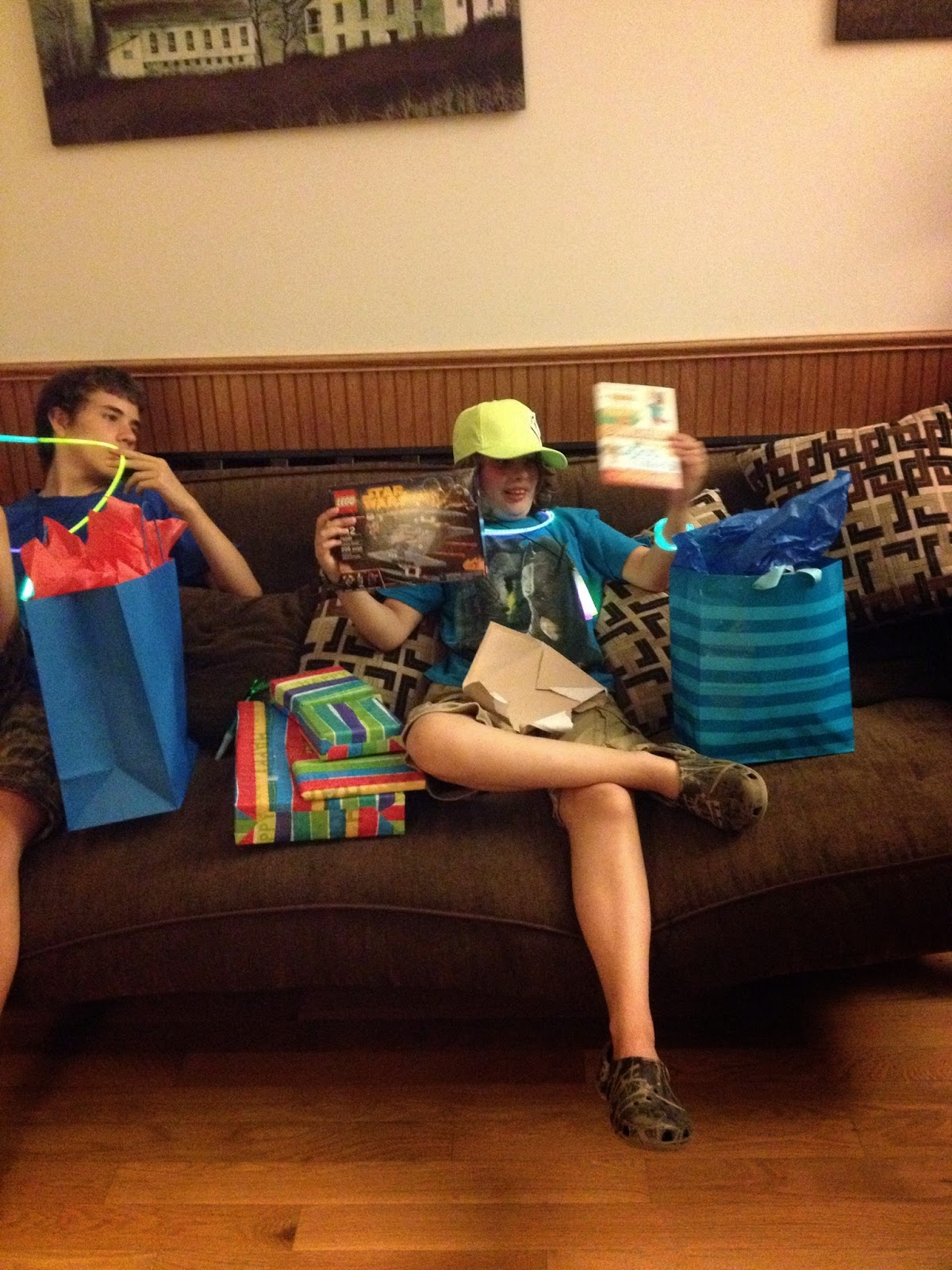 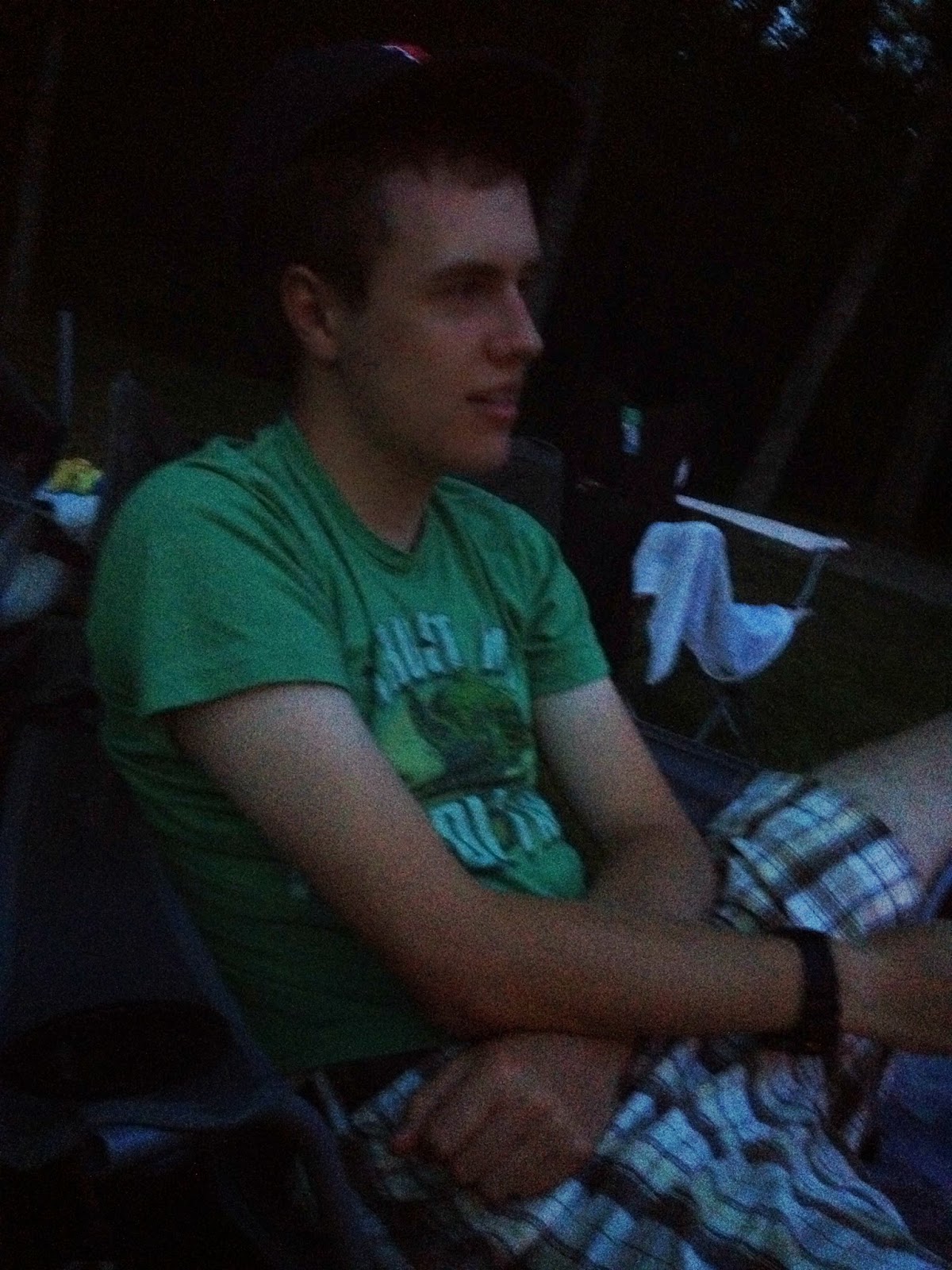 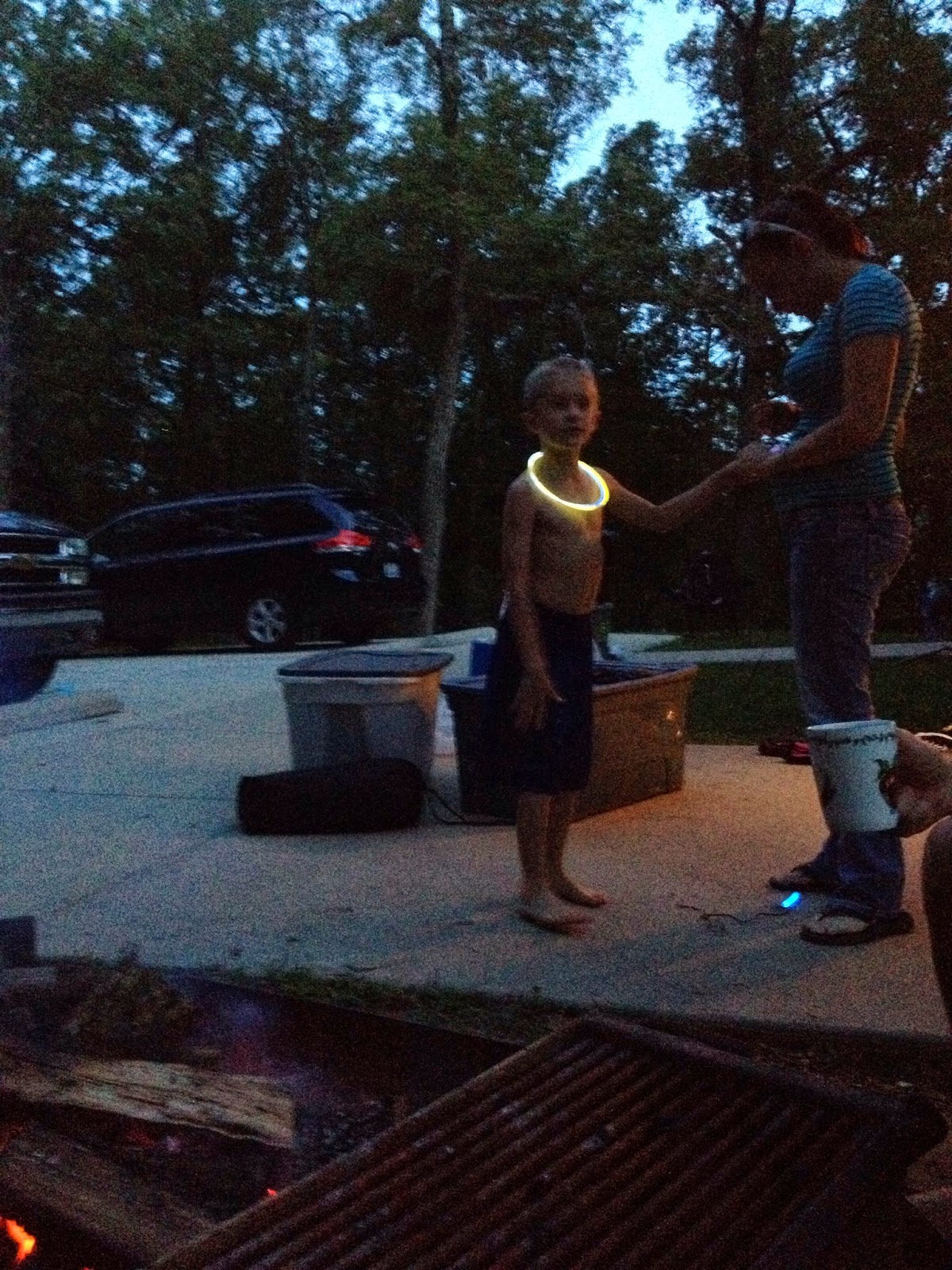 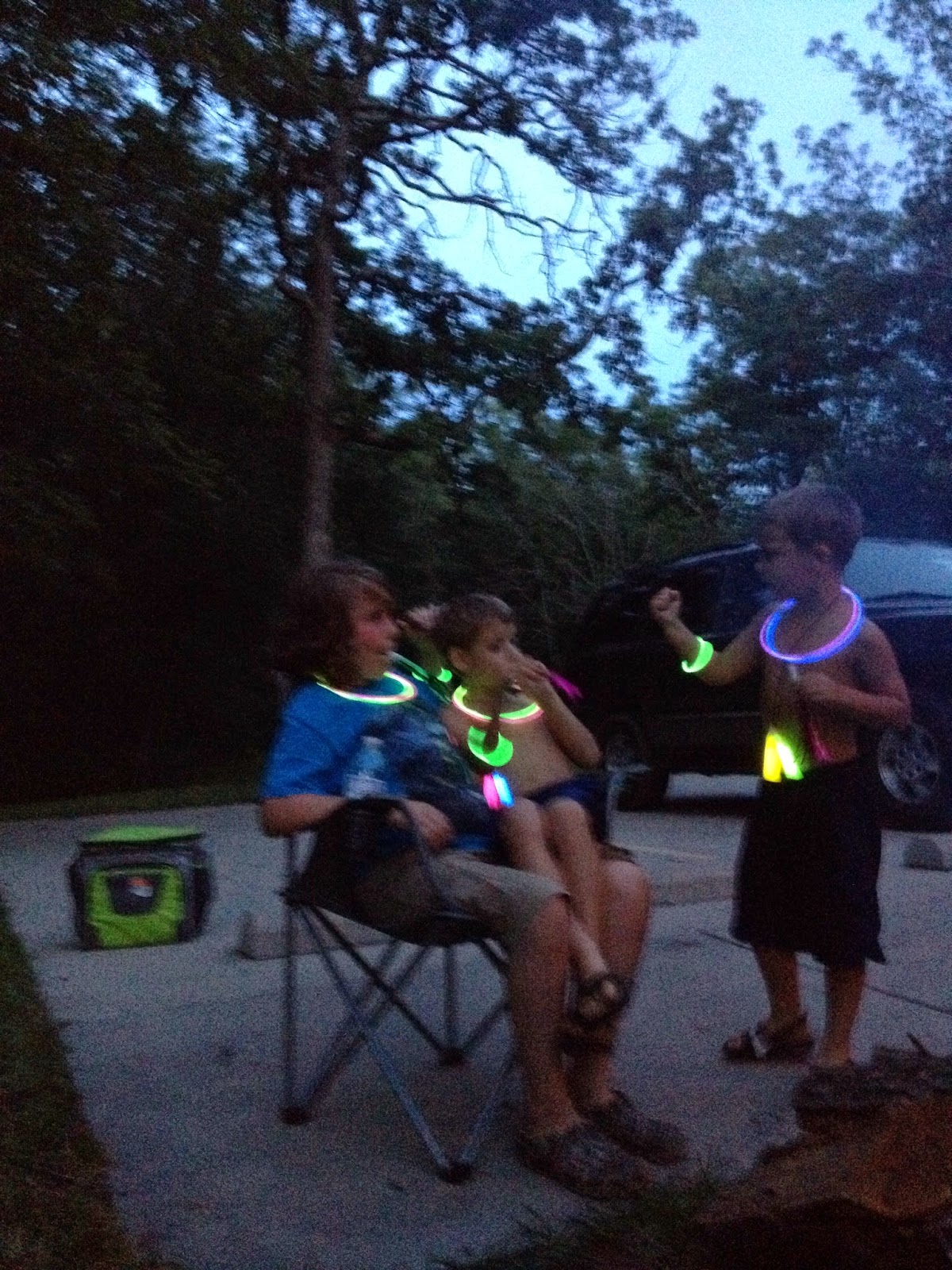 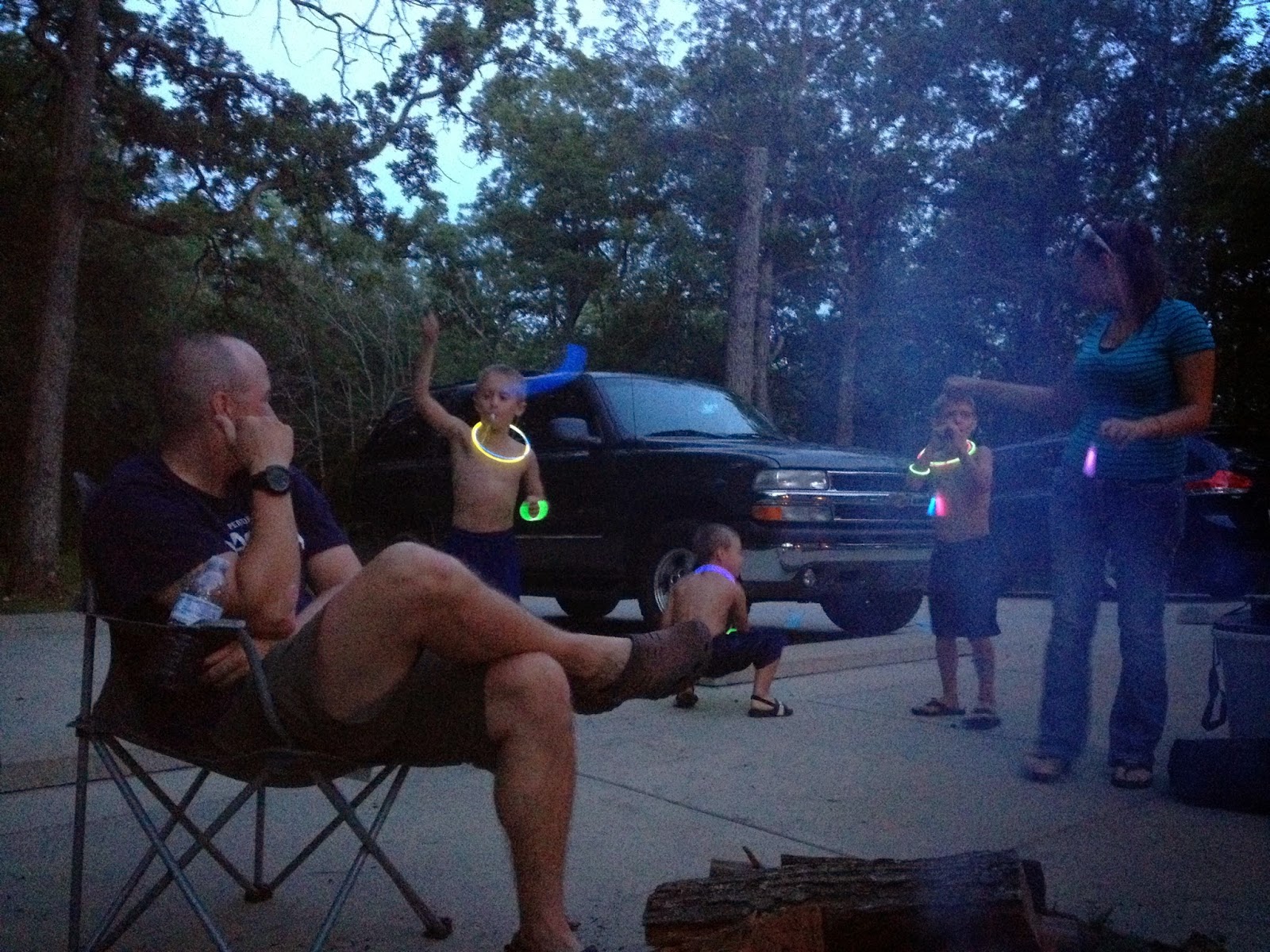 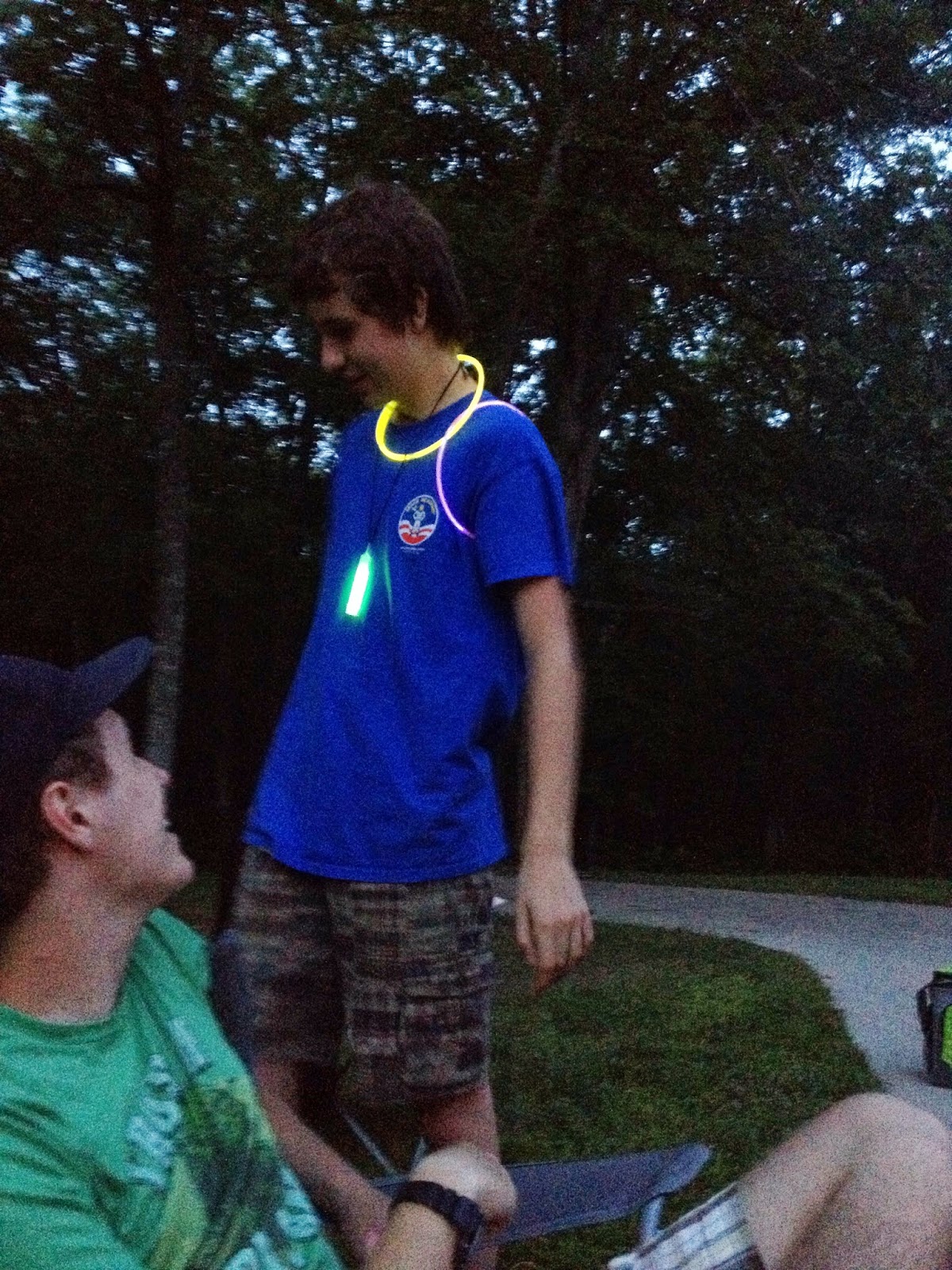 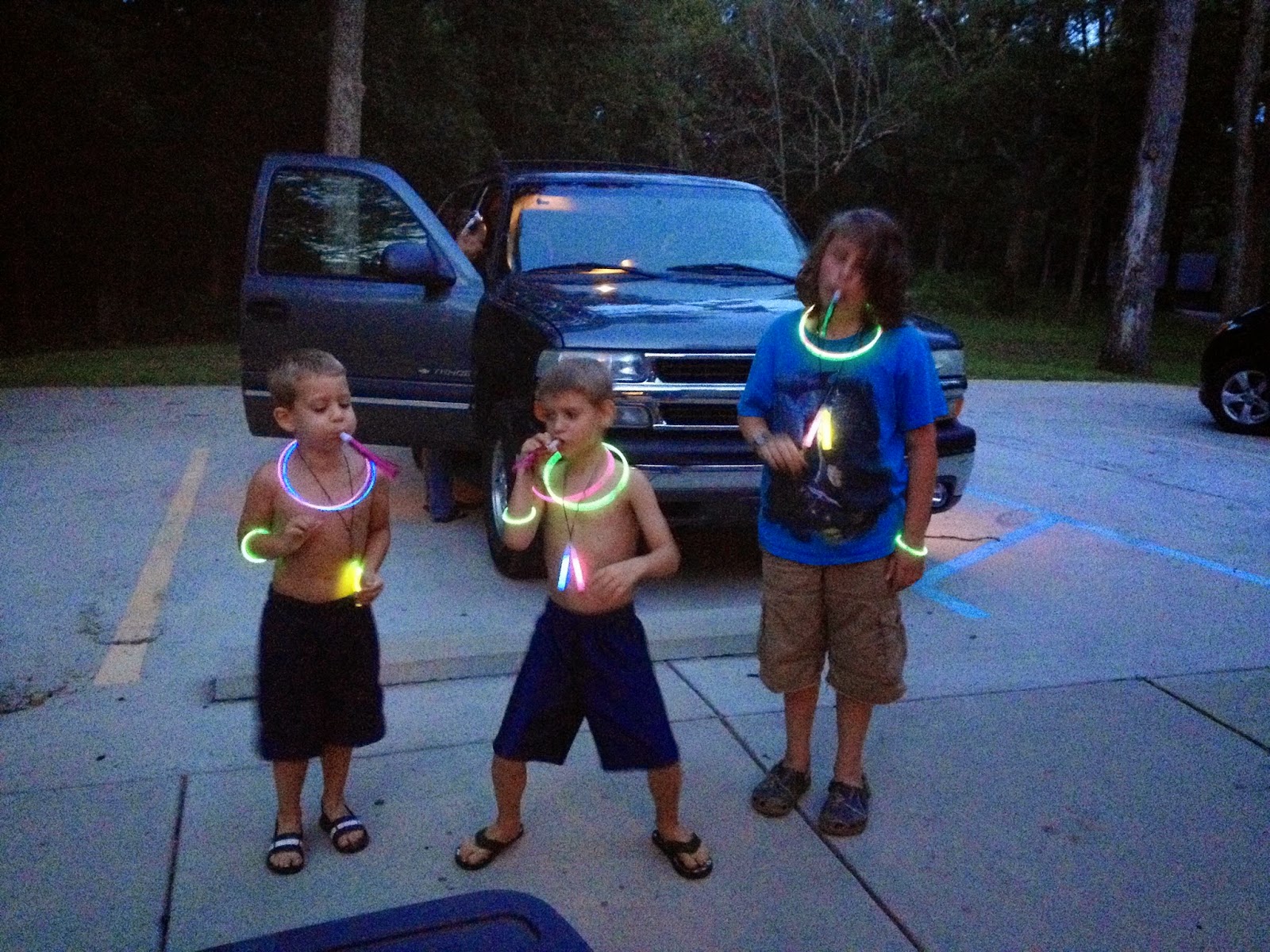 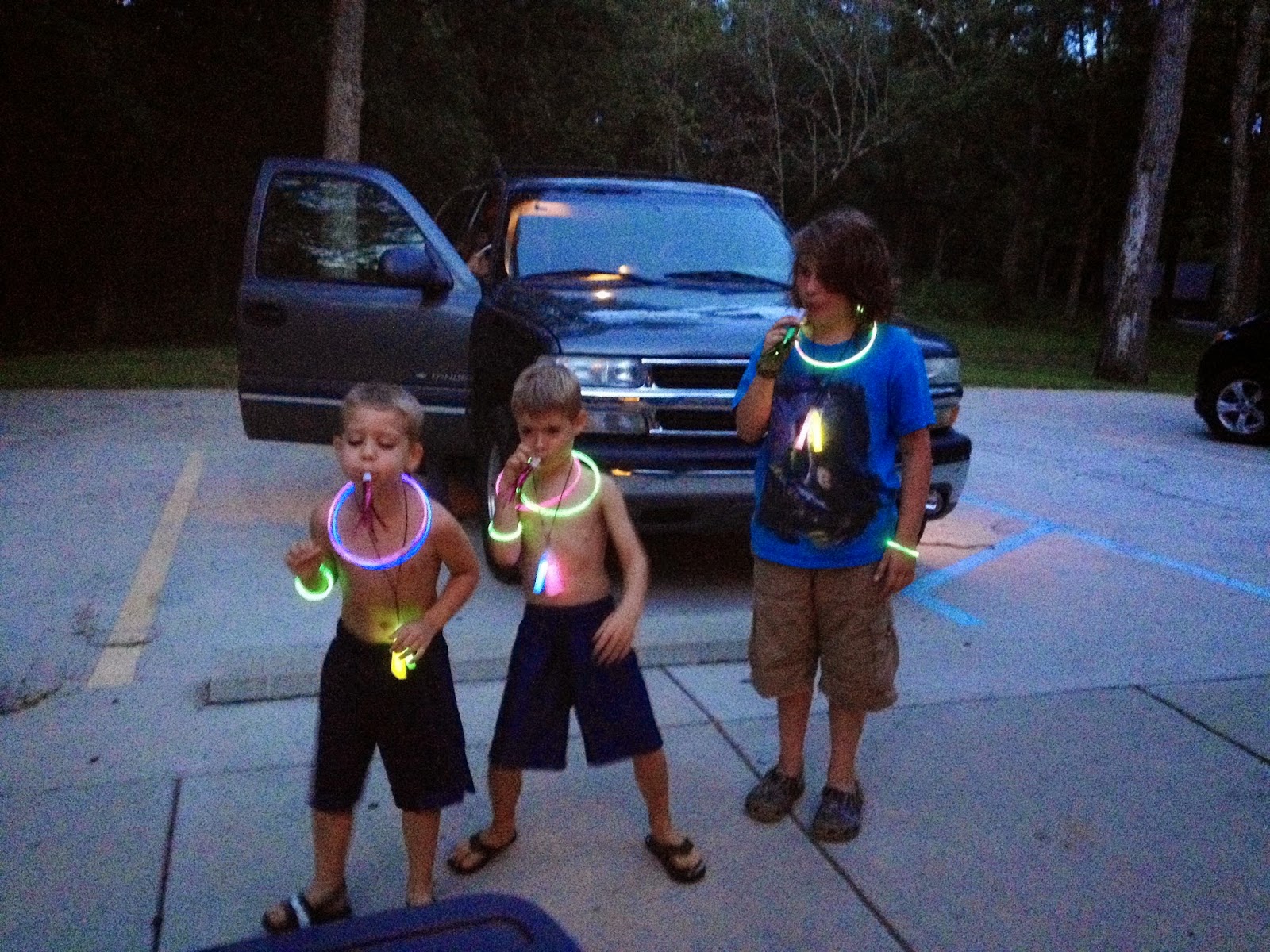 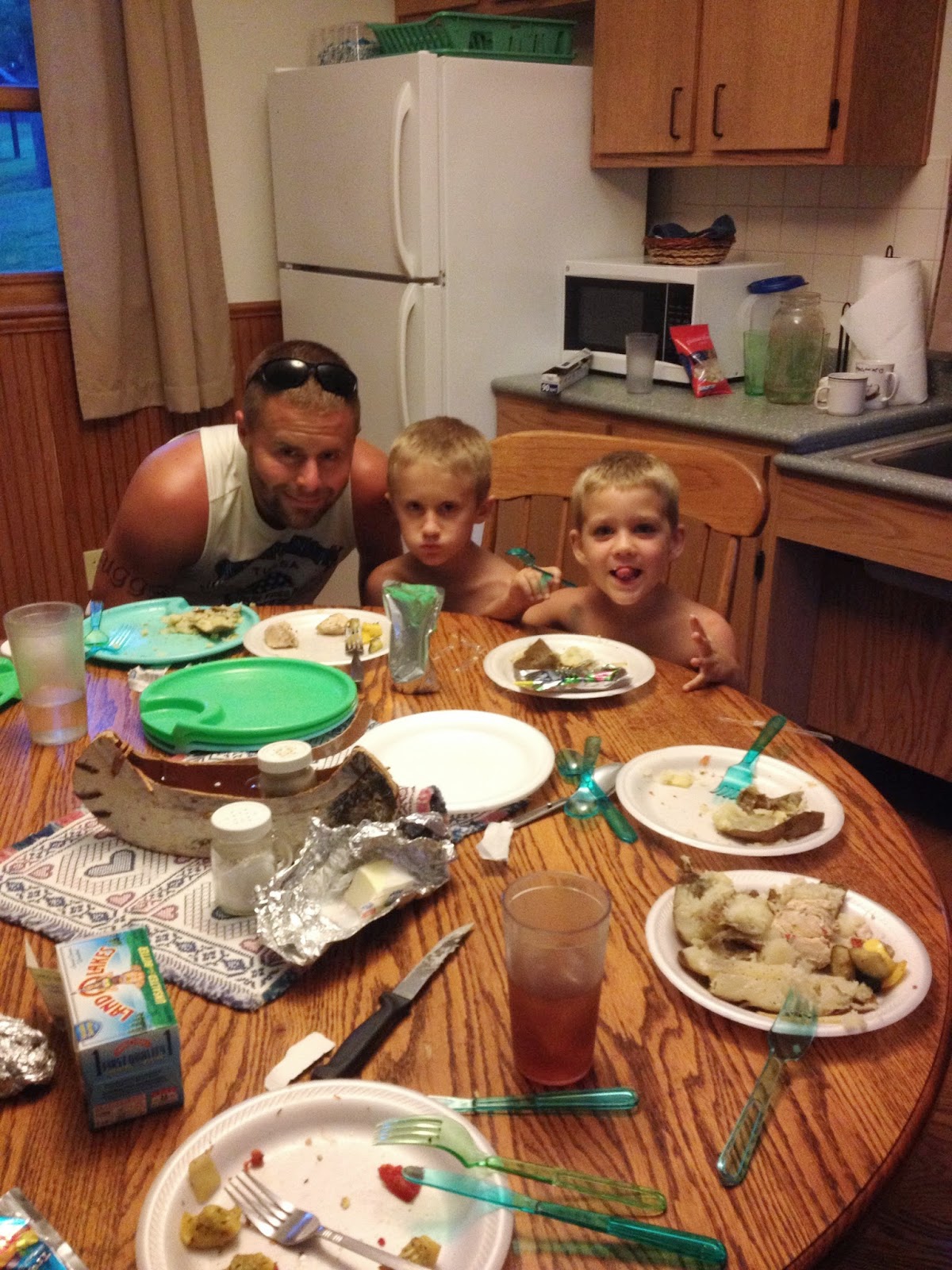 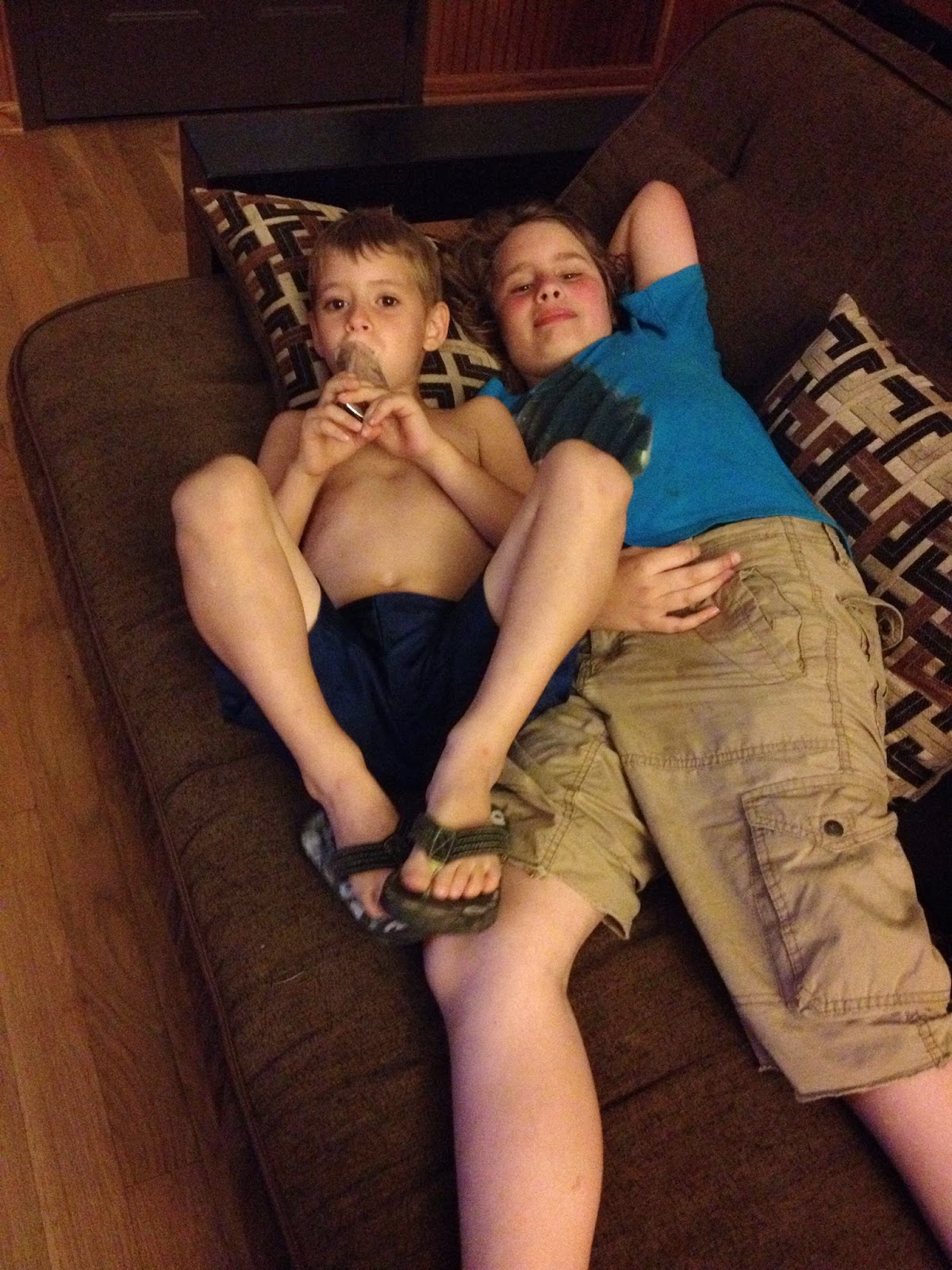 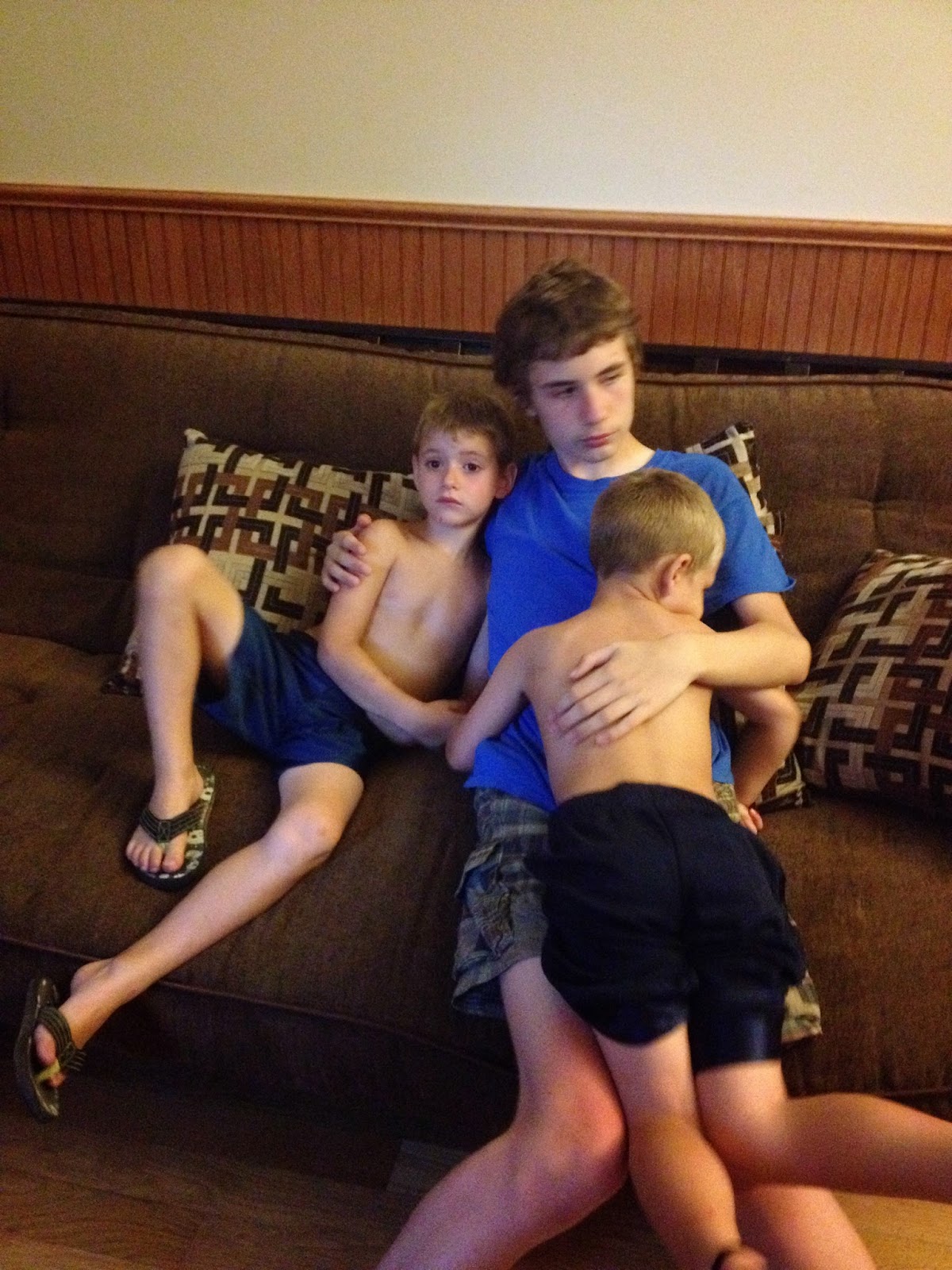 Posted by Kristina at 8:22 AM No comments: