Why Video Games are Good and Bad

Video Games are addicting, they waste time, and they don't affect children's behaviors. Video Games are to the modern children as reading books are to those people that were around before them; we enjoy them. They give stimulation, they give us something to do, and some of them actually teach lessons. I'm not saying you should play them all day long, the human body still needs physical exercise. 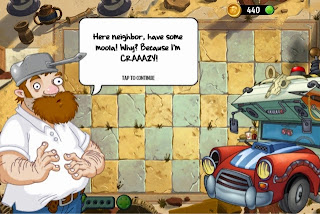 Some video games are violent, like Grand Theft Auto, Halo, Battlefield, and Call of Duty. Then there are some that expose you to other people through multiplayer: Minecraft, World Of Warcraft, Star Wars The Old Republic, and all those others I can't remember. They can expose you to war, mass killing, sexual junk, and absurd amounts of swearing.

However, some can teach you about life. Some are just fun! They have jokes, they have puzzles, and they have wonderful music. Some, like Typing of the Dead, teach you things, math, logic, science, grammar, typing, and history. I understand that some people say that they cause murders “Oh this person played Call Of Duty, and they killed someone at school. It must be the games fault.” There are studies that disprove this. Murders can be caused by just about anything these days. I understand that there are some games that have rape, murder, thievery, and downright indecency. Just avoid those; they'll go away with time.

There are good games out there, but the violent ones are more common because that's what people seem to want to play. If you avoid them, then other genres of games will come out.