Some of the members of our family abandoned us for cooler climes, so Xavier and I are on our own this week. That means we get to do what we want. Eat where we want. Watch what we want. Last night that meant San Andreas.

First, it is important that you understand that I LOVE disaster movies. The only movies I like better are superhero movies. That's my disclaimer before I start gushing. Also, there may be a couple spoilers, but I'll try to keep them from actually spoiling anything for you. I mean, really, what is there to spoil? It's a disaster movie. We know what happens in those.

So, first, I'm really impressed with Dwayne "The Rock" Johnson's improved acting skills. Either I'm just becoming a fan of big, tough guys (not likely), or The Rock's going to have to find a new stage name. The man is starting to loosen up and act well, showing feelings and stuff. If he keeps going like this, he'll soon be able to expand out of the action genre, but no one wants that. He's too perfect for the action genre. (I don't know. It might be fun to see him as a goofy professor type.)

This movie contained all the great disaster tropes: explosions, buildings falling... I don't want to spoil it too much. The trope I enjoyed the most was when the one they flipped on its head. (Spoiler alert! Skip to the next paragraph if you don't want a little foreknowledge.) I loved that instead of having a beautiful woman that needed saving, they had a beautiful, intelligent woman who saved a pretty man with a gorgeous accent. That's not to say the man didn't deserve saving, or pull his weight in saving the woman, just that his was not the main saving role.

They killed off the bad guy at just the right time, in just the right way. A smart guy was a hero. Humor abounds. Disasters and rescues come one right after another. So... Where does that get us?

Armageddon Rating: 5 stars
I'm not sure how they could have put any other disasters in the movie.

Bechdel Rating: 4 stars
I have a bit of a problem with the Bechdel Test. I like the concept, but it can be hard to place in a movie like this. Does the test have to be completely about conversation? What if the movie has little conversation? In this movie, most of the conversation takes place *between* the sexes, versus between members of the same sex, so I've decided that counts. Plus, there's that whole strong woman doing strong woman things aspect. Sure, the star is a man, but we're getting somewhere.

Star Wars Rating: 3 warnings
This is a special rating we have for movies at our house. Is it worse than Star Wars in terms of violence? If not, the kids can see it, since they've been watching Star Wars since Xavier was born.
I give this 3 warnings because a lot of people die in this movie. It's a disaster movie, after all. Some of the deaths are up close and personal, although none of them are exceptionally graphic (blood and guts kind of thing).

Sensitivity Warning: 3 warnings
We don't see children die, and only a few prominent characters die. It does talk about the death of a child, prior to the movie timeline, and how it impacted the family, so has an emotional component for sensitive children. Also, due to the nature of disaster movies, this could cause nightmares, and anxieties involving high buildings and stairwells. Also, I'm not sure any child going to San Francisco should see this before the vacation.
Posted by Kristina at 11:16 AM No comments:

Then and Now- School 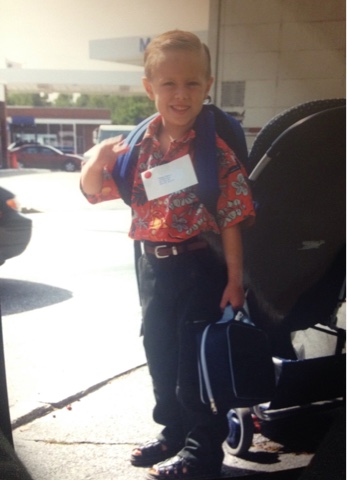 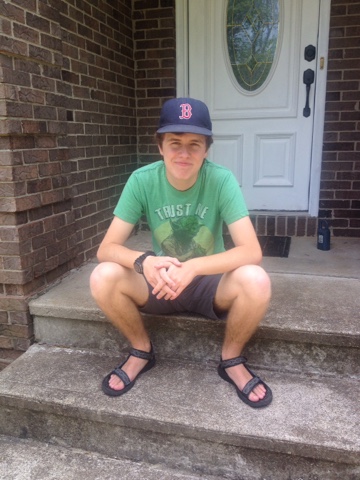 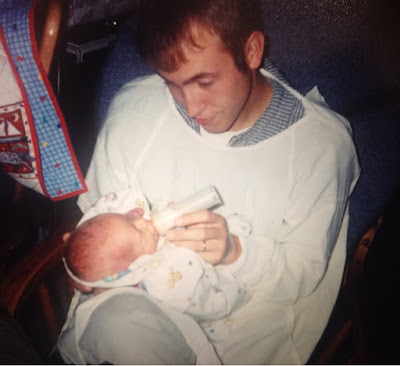 This was supposed to be a post with first day of kindergarten and last day of high school pictures. Then, Gabriel made the point that he started learning the day he was born, and never planned to stop, that life is his school. So, I included a gratuitous first day of life in the NICU. He's such a homeschooler.
Posted by Kristina at 2:41 PM No comments: