When I was 13, I became a peace loving hippy. That's what Gary calls me, a hippy.

But, in 1999, my older brother drowned less than a year after getting out of prison. The pain and grief was immediate and inconceivable. In 2000, we moved back to Oklahoma, and that pain and grief expanded as I realized that the church I had grown up in was making it impossible for me to re-integrate into my family. 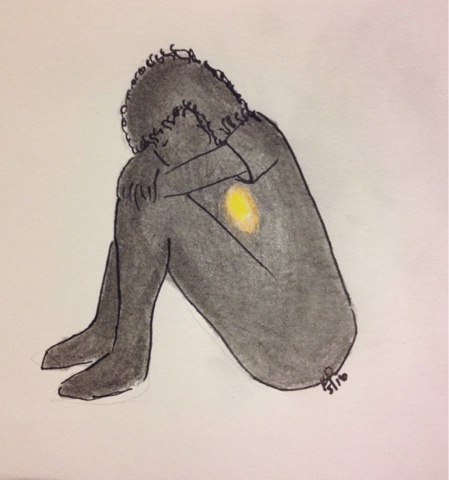 Then, 9/11 happened. That grief and pain exploded into anger and fear. And for eight years, I rode a wave of grief, anger, and fear. During that time, I had my remaining three grandparents die, my father died, and a year after him, a beloved uncle died.

We moved to Kentucky, and my best friend, the love of my life, began to travel. He was gone as much as he was home. And during his first deployment after moving here, he was gone over the month of April. The April that was at the end of a line of Aprils in which close family members had died. My emotions took over, and subconsciously, I wrote him off as dead. When he came home, I was already in the depths of grief. I didn't know how to turn that around. Of course I was thrilled that he was home, but I hated him at the same time. And that, that hatred for the man that I loved more than life itself, that broke apart the shell of grief, pain, anger, and fear that I'd been living inside for ten long years. It allowed the light that had always been present, but buried deep beneath the darkness to shine through once more. 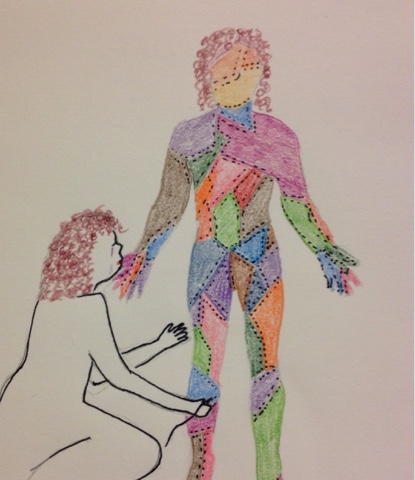 It truly was a breaking. I had to work hard to stitch together the pieces of my soul. I had to reach deep inside myself and find that light and let it shine again. And then, after all that work to repair myself, to remember who I am and what I believe, I had to forgive myself. That may well have been the hardest part of all.

A friend recently asked the question, "What would you tell your 21 year old self?" She got many answers, most of them about dreaming and believing in yourself. At 21, I was one of the biggest dreamers I've ever met. If I could tell my 21 year old self one thing, it would be, "Don't let fear and grief change you. Hold on to yourself. And, if all else fails, forgive yourself in the end."
Posted by Kristina at 11:46 AM

Email ThisBlogThis!Share to TwitterShare to FacebookShare to Pinterest
Labels: forgiveness, life, me